A Jesse Lingard-powered West Ham burst back into the Premier League top four – for a few hours at least – with a clinical win over a surely-doomed Sheffield United.

The Manchester United loanee won a penalty late in the first half that proved the game’s turning point, but his energy and incision were too much to handle throughout for a Blades side with no cutting edge and the odd, crucial mistake in their play.

Issa Diop doubled the score an hour in, and substitute Ryan Fredericks wrapped it up in injury time. Chris Wilder, meanwhile, was made to rue a succession of missed opportunities from striker David McGoldrick. West Ham are now above the champions in the table, with 24 games played in this relentless season.

The first half was bookended by two penalty calls, both horrible in their own way. The first was just four minutes in following a free-kick given away cheaply by Sheffield United’s Ben Osborn. Declan Rice forced a save from Aaron Ramsdale with the set piece, but it was not a very good one and Craig Dawson was onto the rebound, getting his toe to the ball just before Enda Stevens and going over from the subsequent contact.

Referee Simon Hooper pointed to the spot but that was just the start of course, as VAR got to its assiduous, tedious, will-sapping work. The foul was marginal but cleared the video-assisted bar. Stockley Park then worked backwards though, to the free kick itself, and lines started to appear on Dawson’s knee. The West Ham man had got ahead of Stevens and, as defined amongst the small print of Rule 11, the goalkeeper’s intervention had not prevented him from eventually being offside.

So that was that. The spot kick that was never taken gave the visitors a boost and for the next 25 minutes there was an intriguing, well-balanced game. The visitors had the better of possession and West Ham looked dangerous on the counter, especially through the effervescent Lingard.

West Ham were playing without a striker, after Michail Antonio failed a fitness test on his hamstring, and David Moyes asked Lingard, his former Old Trafford charge, to act as something closest to a spearhead, looking for the ball from inside-left and using his pace and guile to drive towards goal at any given opportunity.

Wilder, meanwhile, faced a more familiar situation; strikers on the pitch but no threat of a goal. The clever and willing McGoldrick was the clearest culprit. His first spurned chance came just minutes after the penalty that wasn’t; spurning the opportunity for a header six yards out, he chose instead to try and take the ball down on his toe. It spun away from him anyway.

As half-time approached West Ham began to exert control on the play. Then came the penalty that was. This time it was horrible in the way Sheffield United coughed it up: mugged of possession on the half way and cut open from there. Lingard robbed the ball from Chris Basham, and as soon as he laid it off he was away like a hare. Jarrod Bowen drove the ball forward down the right and slipped it back to the hosts’ number 11 as he entered the box. As Lingard angled to get a shot off, Basham emerged stage left to bring him down. A clear penalty decision, it provoked no digitised officiating and this time Rice had the chance to step up and scuff the ball home.

The second half began with another McGoldrick miss from close range, this time a header that crashed into defender Ben Johnson before Lukasz Fabianski turned the deflection over the bar. He had two more opportunities before the game was out, and did himself no favours with either. Meanwhile at the other end, Diop flicked an Aaron Cresswell corner beyond Ramsdale with aplomb. Fredericks, following tricksy work from fellow sub Saïd Benrahma, drove home the third with the last kick of the game. 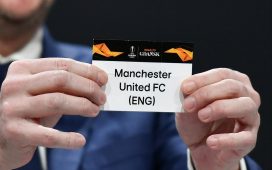 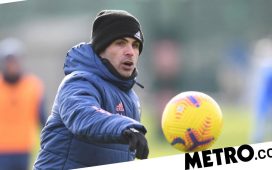 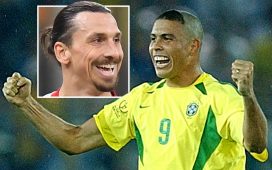 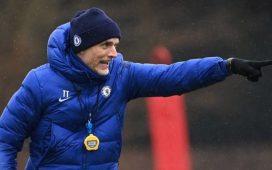