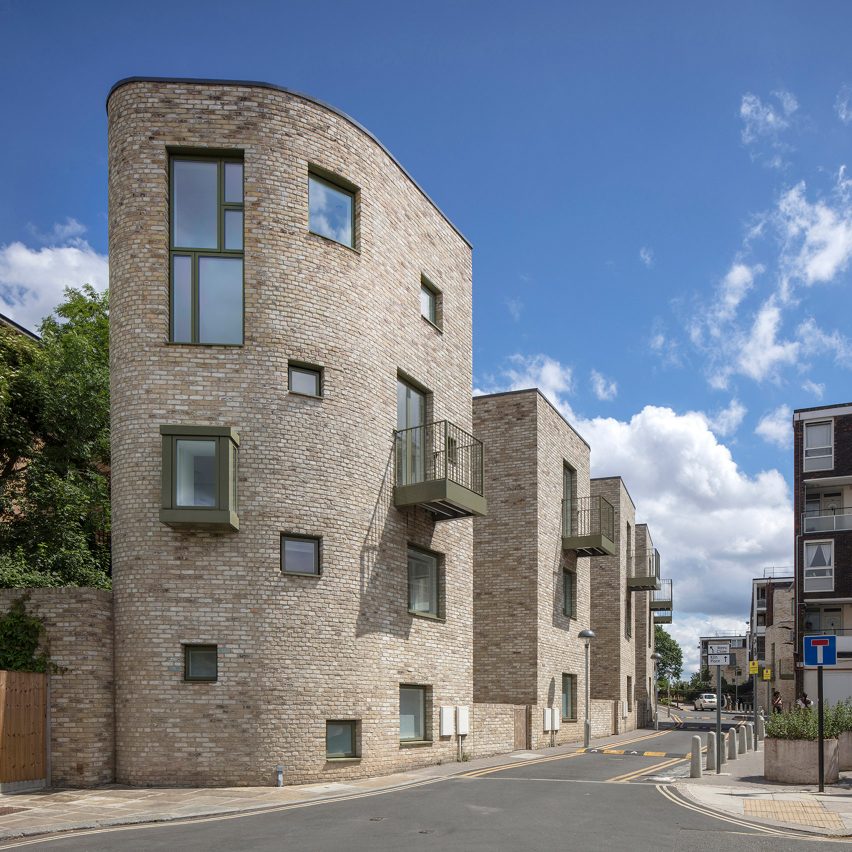 A Passivhaus school, London social housing and a medieval dining hall are among the winners of the Royal Institute of British Architects‘ National Awards for 2022.

Twenty-nine buildings were named as winners in this year’s awards, which were established in 1966 to showcase “the extraordinary breadth and brilliance of UK architecture”.

“This is a powerful collection of buildings that show, despite the economic, political and social turmoil of the last few years, how great architecture can emerge even in challenging conditions,” said the Royal Institute of British Architects (RIBA) president Simon Allford.

The winners are selected from the shortlists for the RIBA Regional, RIAS, RSUA, and RSAW Awards.

Residential architecture is a standout theme this year, with winning projects ranging from distinctive one-off homes to city social housing.

Examples include the Kiln Place estate, which was updated by Peter Barber Architects, and a mock-Tudor home by Surman Weston, both of which are in London.

Several homes on the list involved the renovation or adaptive reuse of an existing structure, which is another notable trend.

Examples include Loader Monteith’s renovation of a modernist house in the Scottish Borders and a house extension by Will Gramble Architects that incorporates 17th-century ruins.

Other renovation projects include the revamp of a 900-year-old dining hall at Carlisle Cathedral by Fielden Fowles, a London church overhauled by Thomas Ford & Partners and John Pawson, and Benjamin + Beauchamp Architects’ transformation of an Arts and Crafts hospital into a holiday home in Devon.

“Retaining and reusing existing buildings is a crucial part of our low carbon future and I am really encouraged to see restoration and sensitive adaptation feature so prominently this year,” Allford said.

A number of community-focused buildings are featured on the list, such as Sands End Arts and Community Centre by Mae Architects. 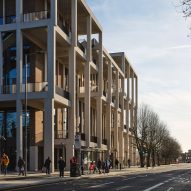 “It is particularly inspiring to see the UK’s first secondary school to achieve Passivhaus eco-accreditation amongst our winners – a benchmark for investment in sustainable education buildings,” Allford explained.

The 29 national winners will now be considered for the Stirling Prize – the UK’s most prestigious architecture award – for which the shortlist will be announced on 21 July. The winner will be revealed on 13 October.

Last year, the Stirling Prize was won by Town House at Kingston University in London, which was designed by RIBA Gold Medal-winning studio Grafton Architects.

See the full list of winners divided by RIBA region below:

East Midlands
› The Parchment Works by Will Gamble Architects

‘This was properly amazing work’: the artist’s life’s work found in a skip

Artist Chaz Guest: ‘I’m battling having my culture be so misrepresented’

Kendrick, Diana and a fire-breathing spider: Sunday at Glastonbury – in pictures

Jarvis Cocker on the cave art that moved him to tears

Witch marks and rare ice age art: Why you should visit Creswell Crags

Architect Nigel Coates: ‘I like spaces that made you wonder. I was trying to softly seduce people’

Pablo Picasso: hidden photos reveal the artistic talent of his lover and muse