Wherever you look at the moment car brands are announcing the addition of hybrids to virtually every model they make.

It’s an inevitable move as they try to reduce CO2 emissions and get drivers thinking about electrification and it’s happening across every segment from supercars to superminis.

The i newsletter cut through the noise

The Clio is one of a trio of hybrids launched at the same time. It shares a platform and engine with the Captur E-Tech but while the Captur features a battery and plug-in system, the Clio is a regular “self-charging” hybrid with a 1.2kWh battery charged via brake regeneration and engine power.

Despite the battery’s small size, Renault says that the system will allow the Clio to compete 80 per cent of urban journeys in pure electric mode and there’s a simple dashboard button to lock the car in EV for as long as possible. If you press that expect a maximum of 2.5 miles before you need to call on the engine and be sure to stick below 27mph.

As well as being the most economical car in the Clio range, the E-Tech is the most powerful, with a healthy 138bhp that will get it to 62mph in 9.9 seconds. Its real charm, though, is the responsiveness offered by the two electric motors – a proper 49kW “e-motor” and an integrated starter/generator – which fill any potential lag from the 1.6-litre engine. It’s particularly noticeable in the urban cut and thrust but also lends some useful shove at higher speeds.

Three drive modes from Eco to Sport are offered but do practically nothing. There’s a slight dulling or sharpening of the throttle and Sport introduces a horrible synthetic engine note but it and Eco are best ignored in favour of the standard “My Sense” setting.

During our test run, the Clio E-Tech returned a creditable 64.2mpg – precisely the quoted WLTP figures. Given that the Clio puts out 138bhp and feels suitably nippy, that’s pretty good. And I was driving the car as I would any regular petrol model, not nursing it for best economy.

Despite its extra weight over non-hybrid models, this Clio remains decent to drive. If you want Fiesta-levels of agility and feedback look elsewhere but the Clio is more positive and involving to drive than its predecessor and more comfortable than the Fiesta. My only grumble is that the tested car felt less pliant than a purely petrol model. Whether that was down to the hybrid’s extra weight or its bigger wheel/thinner tyre specification is hard to tell.

Unlike some brands, which link their hybrid drivetrains to higher-spec cars, Renault has opted to make the E-Tech system available across the whole range, from entry-level Play upwards. Priced almost identically to the rival Yaris hybrid, the range starts at £19,595, rising to £22,095 for the RS Line.

Hybrid versions are marked out by some subtle but attractive blue interior and exterior trim, which contrasted well with our test car’s white interior. E-Tech badges and a full digital instrument display which can be upgraded from seven to 10 inches are the only other identifiers. Elsewhere E-Tech models share the smart looks of all Clios with some nice interior design touches that give it a more mature feel than some rivals. The 9.3-inch portrait infotainment screen remains an odd-looking addition, apparently stuck on as an afterthought, and the standard Renault infotainment system is a bit sluggish but, thankfully, Apple CarPlay and Android Auto are standard.

Space and comfort for driver and passengers is good for the class but to accommodate the hybrid’s battery the boot has shrunk to 300 litres. It’s enough for the weekly shop or a small pushchair but it is now some way behind the best in the class.

My only slight reservation about the hybrid is that just before driving it I tested the 99bhp 1.0-litre petrol version of the Clio. At £16,295 before options, it was substantially cheaper than the equivalent hybrid, returned mid-50s economy and had enough performance to keep most owners happy. Of course, if you want the performance or sub-100g/km emissions of the hybrid it’s a moot point but for many buyers the petrol probably still makes more sense.

That caveat aside, the Clio E-Tech is a positive indication of where small hybrids are heading, with good performance, strong economy, decent space and comfort. 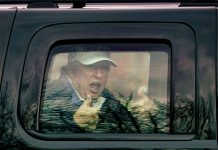 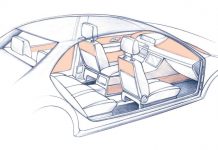 New heating concept to save up to 6% of EV range