'Resilience is running out': NHS workers brace for another Covid surge


Richard Breeze reels off a list of the ways his hospital will adapt in coming weeks to cope with the growing number of coronavirus patients flooding through their doors. Staff will be redeployed, wards will be emptied to make more space and critical care capacity – which has already gone from 10 beds to 28 – will move up to treating 30-odd extremely unwell people.

Speaking over the phone while on a ward round, with a whirl of hospital activity going on behind him, Breeze – who is the clinical director of critical care at Lewisham and Greenwich NHS trust – says they are reaching the levels of the first wave but this time around they have fewer staff.

“It’s bad,” he says. “And it’s getting worse. We are swamped and expanding our footprint but we are stretched thinly, having to make our unit bigger to fit people in.

“We have fewer staff this wave than last, as more people are ill and have been tested for coronavirus and told to quarantine. We have less provision in terms of staff.”

Breeze expects cases to increase for another month and many trusts in south-east London are in the same position, “desperately trying to make space”.

The knock-on effect is the rolling back of other services, with Breeze expecting “all activity [that is non-Covid-related]” to be “stood down” in January. He says they will try to keep urgent cancer care going, but the picture is looking pretty bleak in terms of other elective provision because of lack of resources.

“They [the hospital] have tried to carry on business as usual for other patients but that is now coming to an end, but not for lack of trying. We tried to get those patients operated on before Christmas and we will continue to try, but there may not be anywhere for them to go as the whole hospital is going to be full of people with Covid.”

Hospitals in the south of England say they have seen a huge rise in pressure as the number of Covid patients needing treatment surges. On Saturday, the London ambulance service said it had one of the busiest days in its history amid the rapid spread of a new variant of the virus.

Speaking while on a shift in between jobs, Will Broughton, from the College of Paramedics, says there is “a significant number of patients with Covid needing hospital admission as well as the normal seasonal demands” they get every winter.

They are near the point of “urgently” needing more resources, he says, and it is taking them longer than it should to help some patients. “All we are trying to do at the moment is protect the response to those who are critically unwell … but those who are lower priority are waiting a long time or not receiving an ambulance at all.”

When the pandemic first struck, those working on the frontline were met with enthusiastic support from the public, with crowds gathering to clap for the NHS and donations of food and supplies sent to hospitals – but that has now ebbed away. “Morale is being hit quite hard,” Broughton said. “The NHS workforce is very resilient but that resilience is running out.”

He adds that it is vital those frontline NHS staff are prioritised when it comes to vaccinations as it will “help keep as many people on the frontline” as possible.

Breeze agrees that morale is being hit hard at the moment. “There’s an awareness that morale is struggling as we are running with a skeleton staff and it feels more attritional than the first wave,” he says. “We are doing our best to support everyone and everyone is working hard. I am proud of those at Lewisham and people stepping up and doing extra shifts.

“No one was doing it for claps anyway, but it feels like a lack of appreciation in the rest of the world about how tough it is here, and it is just as bad as before, and in many ways it is harder as people are exhausted and emotional reserves are being depleted.”

He is aware his staff face a tough month ahead. “It’s really tough but at the same time different to when it started. We know more now, and the treatment package is better so more people are surviving. But this means fewer people dying so we need more beds and we have to do all this with fewer staff. It’s a heroic effort this time, almost more than last time from those that are here. But we are just about hanging in there in terms of being able to help those coming through the front door.”

Nick Scriven, former president of the Society for Acute Medicine, who works in Yorkshire, says seeing people post online that coronavirus is a hoax is “demoralising” for doctors in the thick of it.

His advice to the public is simple. “Just keep doing the must-dos: wear the mask, wash your hands, follow guidelines. There is a reason for them and if people don’t follow the guidelines it will get a lot worse. The vaccine, at moment, is not saving anything. It will be weeks or months before that has a massive effect on most of the population.”

How to live longer: The popular drink that could help prevent diabetes and heart disease 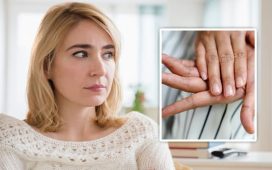 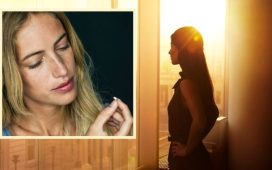 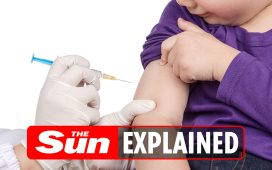 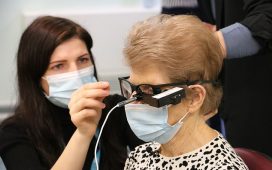