Resignations should not derail Brexit realism


For the past year, Theresa May’s premiership of the UK has been a rolling series of crises. Now matters have come to a head. The prime minister’s efforts to propel her government towards a softer Brexit have triggered a backlash. With just weeks left to conclude negotiations on leaving the EU, this is a critical moment for the country.

The resignations of David Davis, Brexit secretary, and foreign secretary Boris Johnson are testament to the divisive nature of Brexit. Both are unwilling to accept the compromises Mrs May believes are needed to unlock talks with the EU.

There may be more departures from the government. But this confrontation between Brexiters and reality was long overdue. Mrs May should have faced down the hardliners before negotiations formally began. The bluster and wishful thinking of those advocating a clean break from the bloc has clashed with the hard realities of the UK’s economic interests.

Instead of taking responsibility for the difficult choices required, some leading Brexiters have chosen to flounce off. It can be fairly said that Mr Davis resigned with a certain amount of honour; he claimed that Mrs May’s plans were unacceptable on personal principle. The manner of Mr Johnson’s departure seems more in line with his opportunistic attitude. His record at the Foreign Office has been dismal.

The spectre of a leadership challenge now haunts Mrs May. Some MPs may take fright at these resignations and seek to install a more hardline leader to see through their own vision of Brexit. This would be a colossal indulgence, wasting precious negotiating time to little purpose. The Brexiters contemplating such a course should consider some basic facts: there is no majority in the country, or in parliament, for a hard Brexit. Moreover, they have failed to put forward a coherent alternative that could deliver an orderly departure without risking the worst option: a no-deal Brexit. That would risk an economic shock and administrative chaos.

Mrs May was right to shift her cabinet towards a softer exit. As the prime minister explained in the House of Commons yesterday, it is in the best interests of the UK to maintain close economic ties with its most important trading partner. Her plans are far from perfect. They are convoluted and some aspects may be unworkable in practice. The EU will still see them as cherry-picking the best parts of membership.

But at least the proposals recognise economic reality. They are designed to provide protection for key sectors of the economy while preserving an element of sovereignty. Given the lack of credible alternatives and the limited time for negotiations, Conservative MPs should rally behind them.

Mrs May is likely to come under increasing pressure from Eurosceptics to drop the Chequers package as the price of staying in office. It is unclear whether she could survive any leadership challenge. But it is possible that after a period of resignations and political blood-letting, the Conservative party will fall behind the prime minister. It is also possible that the Tories will fail to produce an alternative leader or a different Brexit strategy that the whole party can support.

The UK is facing a vital moment in its modern history, when it has to complete extraordinarily complex negotiations about the nation’s future. For too long the Conservative party has held the country hostage to its psychodrama over Europe. Mrs May has recognised that the only pragmatic approach to decoupling from the EU is a softer version of Brexit. To avoid the reckless prospect of a chaotic no-deal outcome, the prime minister should stand firm. 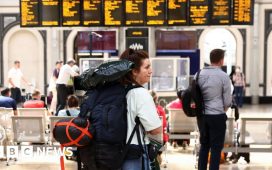 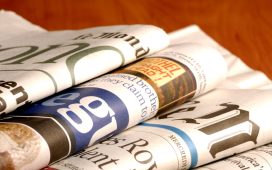