Residents of a high-rise block with Grenfell-style cladding in east London that caught fire causing multiple injuries have voiced anger at the government and the building’s developer that nothing was done to repair it sooner.

The fire broke out before 9am on Friday on the eighth floor of the 19-storey apartment building in the New Providence Wharf development in Poplar, which is clad partly in combustible aluminium panels similar to those that fuelled the fire at Grenfell Tower. It has not been fixed amid a wrangle over who should pay.

The fire tore through flats over at least three storeys, trapping residents on smoke-logged balconies before 125 firefighters got the blaze under control. Smoke spread across at least six floors, video footage taken by residents showed. Two men were taken to hospital for treatment for smoke inhalation. A further 38 adults and four children were treated at the scene by crews from the London ambulance service.

Since shortly after Grenfell, residents at the Tower Hamlets development have been urging the building’s developer, Ballymore, and the government to meet the costs of making their homes safe, estimated at almost £12m. Repair works were finally scheduled to start on Monday, nearly four years after the Grenfell Tower fire claimed 72 lives.

After the fire was extinguished, the governmentsaid it had warned Barrymore to move more quickly.

“We have been in regular contact with Ballymore over the last two years to make progress, including publicly naming Landor, their subsidiary, as one of the companies that has consistently failed to take action,” said a spokesperson for the Ministry of Housing, Communities and Local Government.

Ballymore last week indicated it believed the government was partly to blame for delays, complaining to residents about Whitehall’s publication of multiple “conflicting” advice notes without consultation with the property industry.

The buildings are among thousands in the UK affected by the post-Grenfell fire safety crisis. Almost a quarter of their facades are constructed with aluminium composite material panels, which were used on Grenfell. The areas around the windows and balconies appeared to be most involved in Friday’s fire.

Only this week, Ballymore told residents it was about to start remedial work, offering them “reassurance that your homes and buildings are safe”, according to slides of a presentation given on Tuesday, seen by the Guardian.

Ballymore told residents the cost of fixing the complex had risen to £11.6m. The government fund to fix buildings more than 18 metres’ high would cover £8m, while Ballymore, which also owns the freehold, has consistently said it will only contribute £500,000, leaving leaseholders with a £3.1m bill.

“Work was supposed to start last year, then it was May and now it looks like June,” said Natalie Carter, a member of the New Providence Wharf leaseholders and residents association who owns one of the 550 apartments evacuated on Friday.

“The latest reason for delay was the application for government funding takes such time. We started that process between 18 months and two years ago. They are allowing people to live in buildings that are fire risks and today shows it tears through. “We are extremely lucky that no one died today. It’s frightening. We have been angry a long time and this is a horrific thing to happen, putting people’s lives at risk. People cannot understand we are still living with this. We are incensed that our lives are at risk because Ballymore says it can’t afford more than £500,000.”

A spokesperson for Ballymore said: “Our thoughts are with everyone who has been affected by this morning’s fire at New Providence Wharf. The safety of our residents is paramount and we are working closely with the London fire brigade (LFB).

“We can confirm that the fire was quickly brought under control by the fire brigade and is now extinguished. Our response team are on-site to support residents and assist with alternative accommodation where necessary.”

The LFB sent 20 fire engines to the block on Fairmont Avenue. It said in a statement: “The brigade’s 999 control officers have taken 13 calls to the fire. The brigade was called at 0855. Fire crews from Poplar, Millwall, Shadwell, Plaistow, Whitechapel and surrounding fire stations are at the scene. The cause of the fire is not known at this stage.”

One witness said shortly after the fire started people on the ground started shouting to alert residents inside. Other residents were alerted to the fire by community WhatsApp groups, rather than waking watch patrols, which have long been deployed in the blocks.

The fire developed across four floors in aboout half an hour, witnesses said, emitting thick black smoke and sending burning debris falling to the ground.

Carter said the first fire engine to arrive could not reach the fire, which video footage suggests started in an eighth-floor apartment in D block of the five-block complex. “It took them half an hour to ensure they had the right ladder and hose and they started putting it out at 9.27am.”

By that time the flames had spread to the flats three storeys above, she said.

Grenfell United, which represents the bereaved and survivors from the June 2017 disaster, said: “Enough is enough. The government promised to remove dangerous cladding by June 2020. It has completely failed its own target and every day that goes by lives are at risk.

“Today more people have lost their homes in another terrifying fire. The government needs to treat this as an emergency and stop stonewalling residents who are raising concerns. No more games, no more excuses.”

Giles Grover, a spokesperson for the End Our Cladding Scandal campaign group, which represents thousands of affected residents, said: “We are devastated to see this fire happen at a building that still has ACM cladding, and where the developer, Ballymore, has been playing hardball with residents in terms of how and if it will help … But our full ire is directed at the government. Ministers have chosen to deny the full scale of the building safety crisis.

“Shortly after Boris Johnson became prime minister, he witnessed first-hand the devastation that could be wrought by fire in minutes, at the Cube [student accommodation] in Bolton. It is his government that is continuing to play a game of chance with people’s lives.” 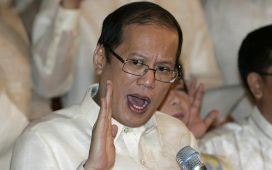 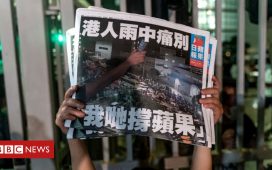 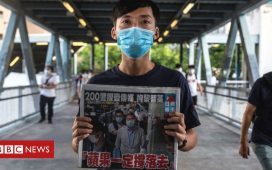 Apple Daily: The Hong Kong newspaper that pushed the boundary

‘I deserve to have a life’: Britney Spears asks court to end conservatorship