Researchers from the University of Massachusetts Amherst have created an AI that listens for coughing and sneezing sounds to estimate what percentage of people in a public space have a respiratory illness.

The device, called FluSense, was initially tested over an eight month period in four clinic waiting rooms on the university’s campus.

In addition to recording ‘non-speech’ audio samples, FluSense is also equipped with a thermal camera to scan for people with elevated temperatures. 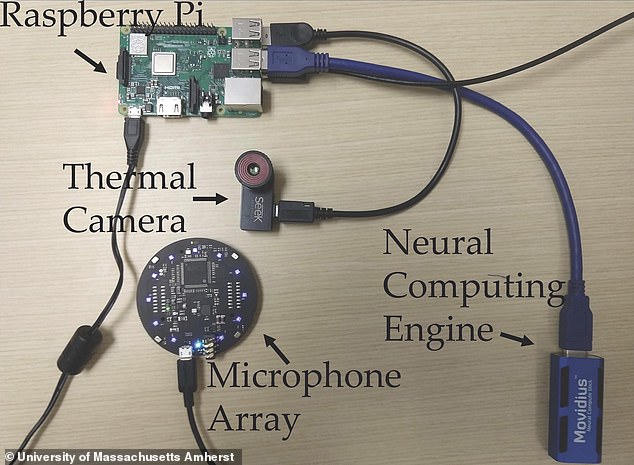 Scientists from the University of Massachusetts Amherst created an AI-powered device called FluSense (pictured above) to analyze audio samples from public spaces to estimate what percentage of the population has a respiratory illness based on coughs, sneezes, and body temperature readings

According to its co-creator, Tauhidur Rahman, the device isn’t meant to single out individual cases of illness but capture trends at the population level to see if something is developing that may not yet have been picked up in medical testing.

‘I thought if we could capture coughing or sneezing sounds from public spaces where a lot of people naturally congregate, we could utilize this information as a new source of data for predicting epidemiologic trends,’ he told UMass Amherst’s news blog.

The initial testing for the device took place between December 2018 and July 2019, and the team was initially interested in forecasting the potential spread of seasonal flus and other respiratory illnesses.

The AI used the audio samples to estimate the size of the populations in the different waiting rooms, and then calculated the percentage of people that were likely to have had a respiratory illness based on the frequency of coughs, sneezes, and elevated temperature signatures. 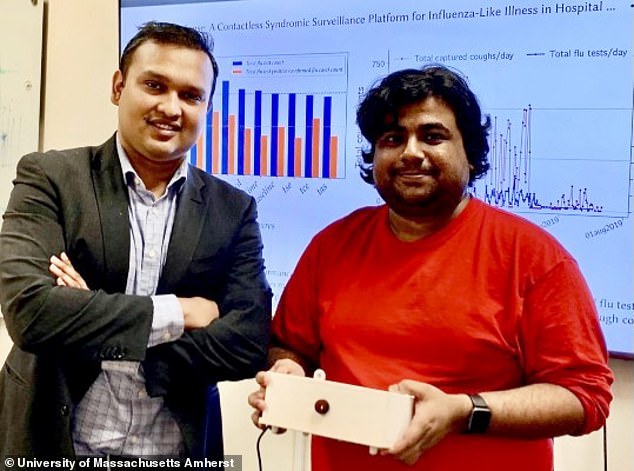 The FlueSense prototype is made using a Raspberry Pi and fits into a case around the thickness of a large dictionary, and was initially tested in four clinic waiting rooms on the UMass Amherst campus, where its estimates were highly correlated to actual clinical diagnoses 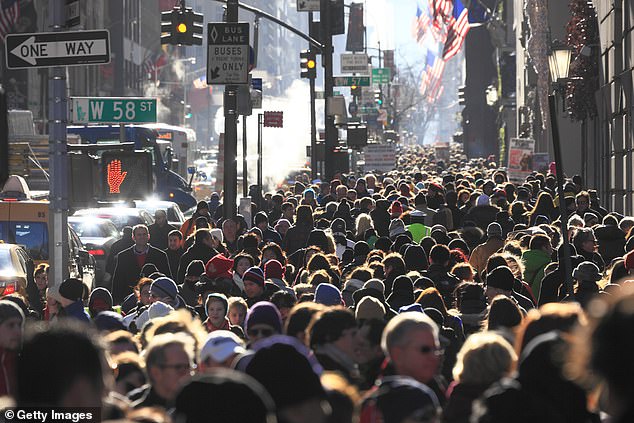 The team is preparing for a next phase of testing, by moving the device into other larger public areas to see just how useful they can be in modeling what percentage of the population is sick at any given time, regardless of whether they’ve been to the doctor or not

The team compared the predictions from the FluSense with lab results from the clinics and found they were ‘strongly correlated’ with actual illness levels.

READ  Delay is deadly: what Covid-19 tells us about tackling the climate crisis | Jonathan Watts

Bolstered by their initial success, the team is planning to expand testing to other public settings outside of health clinics.

The devices are made with a Raspberry Pi, microphone array, and thermal camera, all of which fit together in a case the size of a small dictionary, making them comparatively inexpensive to assemble and distribute.

‘We have the initial validation that the coughing indeed has a correlation with influenza-related illness,’ UMass Amherst’s Andrew Lover said.

‘Now we want to validate it beyond this specific hospital setting and show that we can generalize across locations.’ 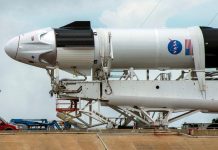 Young men are more likely to be lonely than older people or women, study finds

Nasa SpaceX launch – live: Astronauts prepare to be shot into space from US soil in the first time in a decade

Chimps smack their lips together to talk to each other