Japanese researchers create a ‘smart’ mask to protect against COVID-19, with a built-in speaker and software that can translate speech into eight different languages

A Japanese technology company has developed a new Bluetooth-powered smart mask that uses a speaker to amplify a person’s voice.

Called ‘c-mask,’ the device can also covert a person’s speech into text and then translate it into eight different languages through a smartphone app.

The mask was developed by Donut Robotics, which initially raised seven million yen, or around $260,000, to fund its development through the Japanese crowdfunding site Fundinno. 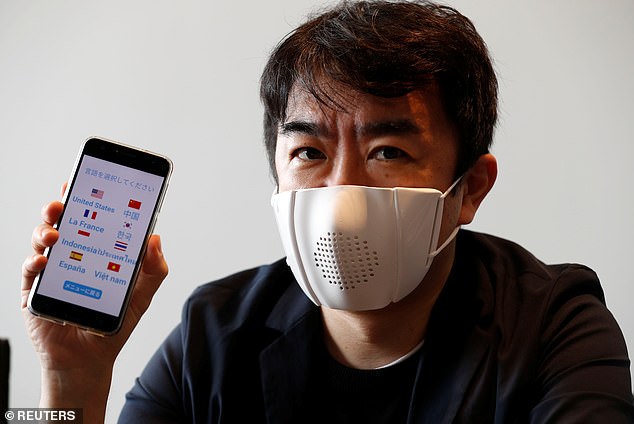 Donut Robotics has developed a new smart mask to protect against COVID-19 transmission, which also contains a built-in speaker to amplify a person’s voice and connects to a smartphone app that can translate speech into eight languages

According to Donut, around 5,000 masks are currently planned to be produced and distributed in Japan this September, where they’ll retail for 3,980 yen, or around $37.

The company will also charge an additional monthly subscription fee to access translation services, according to a report in Japan Today – though the exact pricing hasn’t been announced.

Users will also be able to use the mask’s built-in microphone to create recordings of business meetings that will then be stored on the connected smartphone.

The mask was designed as a shell that’s meant to slide over any standard commercial mask used to protect against COVID-19 transmission, with the straps running through two small slits on either side.

The mask was based, in part, on one of the company’s earlier projects, a desktop helper robot called ‘Cinnamon’ that’s used at reception desks and customer service stands to help answer basic questions. 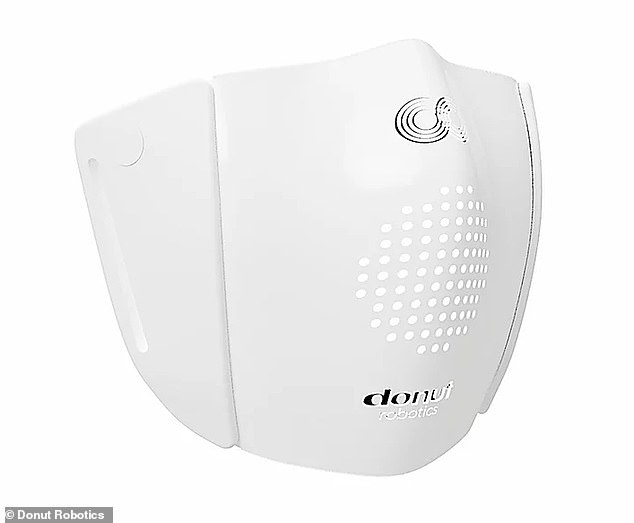 Called ‘c-mask,’ the device is a shell that can be slid into any traditional face mask. 5,000 masks will be sent to Japanese buyers in September and will retail for around $37, or 3,980 yen 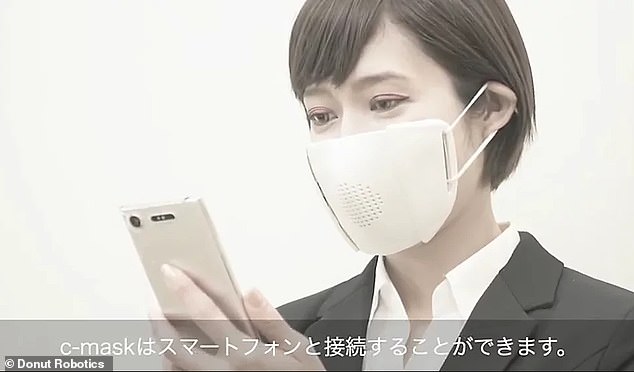 The mask will convert the wearer’s speech into text and then translate it into French, Chinese, Spanish, Thai, Indonesian, Korean, English, or Japanese through a smartphone app 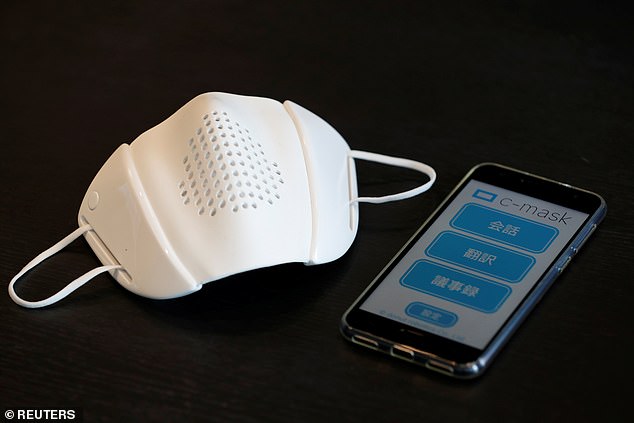 Donut Robotics says it has also received strong interest in the ‘c-mask’ from buyers in the US, Europe, and China

‘We worked hard for years to develop a robot and we have used that technology to create a product that responds to how the coronavirus has reshaped society,’ Donut Robotics’ Taisuke Ono said.

Donut ultimately hopes it will be able to release the mask outside of Japan, and says it has received strong interest from buyers in the US, Europe, and China.

The c-mask could evolve to support other functions as well, including some augmented reality  features, which Donut says will be possible to implement using a built-in Wifi receiver.

However, the company hasn’t described just how AR features would be integrated into the mask.