A very handsome rescue cat has been compared to the likes of Mr Monopoly and KFC’s Colonel Sanders thanks to his luxurious white handlebar moustache.

Vet technician Daniel James was ‘amazed’ when he first saw the little guy’s fancy black and white fur, the pattern of which makes it look like he’s got a tux on, and a very fine moustache.

Just four days into his new job in New York, USA, the 29-year-old brought the aptly named Mustache home to live with him.

Footage of Mustache, who had been rescued from a trailer park, has been a hit online.

Daniel, from Pennsylvania, said: ‘I definitely think he resembles Mr Monopoly, he even has the tuxedo suit for it.

‘He just needs the bow tie to go with that facial hair. 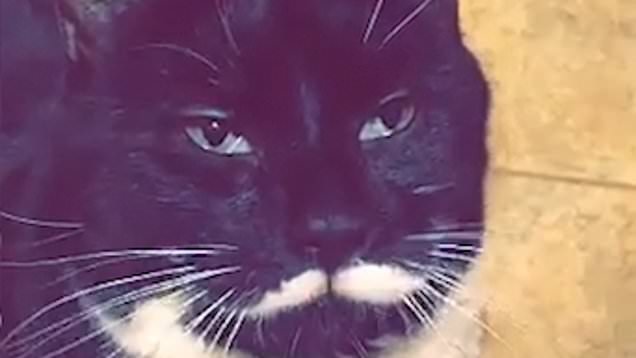 ‘He’s always had his moustache. When I started my job at the veterinary hospital he was at six years ago, it looked the same as it does now.

‘When I first saw him, I thought “no way that moustache is real, it’s perfectly symmetrical”. To this day it still amazes me.

‘To my surprise, he had been up for adoption for four whole months before I got there. Nobody looked his way and I had to put a stop to it.

‘He has a way of using it to his advantage to get extra treats and belly rubs. He’s as mischievous as he looks, but for love.

‘People shared stories of their cats that had similar markings to him and commenting on how handsome and dapper he is.

‘Someone even went as far to say they would die for him, so the reactions to him been pretty wild, needless to say.

‘I’m truly astounded and grateful for the outpouring of love that he received from so many amazing people from different walks of life.

‘I’m speechless. I’m so happy for him because he deserves all the love in the world.

‘He went from being found as a stray living under an abandoned truck trailer in upstate New York, to being my best friend. He’s definitely been receiving a lot of extra treats and TLC, but he’s got his eyes set on catnip.’

Mustache is so beloved that even a clip of him yawning is enough to get nearly a million views, with commenters comparing him to such distinguished figures as the Pringles mascot and Mr Monopoly.

In response, Daniel said: ‘That is the question. Both are quite fitting. But I’d have to say Monopoly considering both have the tuxedo.’


MORE : The ‘dog days are over’ as people are more keen on cats as we come out of lockdown

See also  DeepMind and tech leaders vow not to develop lethal AI weapons
Share on FacebookShare on TwitterShare on PinterestShare on Reddit
newscabalAugust 5, 2021 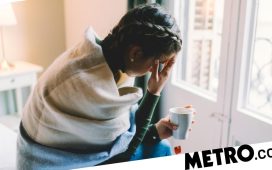 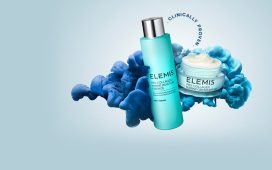 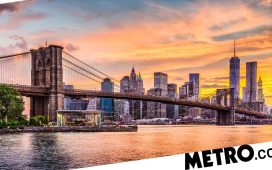 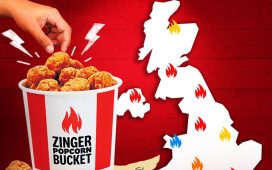 ADVERTORIAL: How hot does your town like it? The nation's spice preferences revealed…