Republicans are reacting with criticism and scorn to the new mask guidance from the Centers for Disease Control and Prevention.

The attending physician of the Capitol, Dr Brian Monahan, quickly responded to the new guidance by issuing a new order that masks are once again required in House office buildings, during meetings, and while in the House Chamber.

(The directive does not apply to the Senate, likely because of the upper chamber’s higher vaccination rate.)

Almost immediately after the new CDC guidance was announced, Republicans began criticizing the recommendation, claiming it was politically motivated.

“Make no mistake—The threat of bringing masks back is not a decision based on science, but a decision conjured up by liberal government officials who want to continue to live in a perpetual pandemic state,” House minority leader Kevin McCarthy said on Twitter last night.

But the reality is that coronavirus cases have been steadily rising in the US in recent weeks, as the delta variant spreads across the country. While the country’s seven-day average of new cases was 12,799 at the start of the month, it is now 63,248.

Until more Americans get vaccinated and cases hopefully decrease again, it seems like masks may be sticking around a little bit longer. 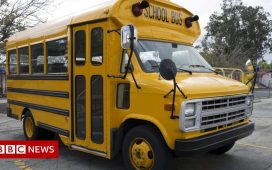 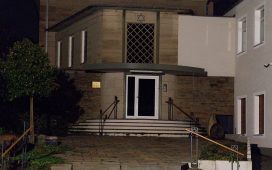 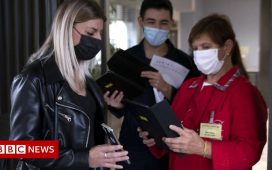