Onitsha, Eastern Nigeria, Monday, 17th Feb 2020–The authorities of the Defense Headquarters and the Nigerian Army (the Military) must be told in bold and clear terms that ‘Amnesty Int’l is not and shall never be one of the Human Rights Contractors Association of Nigeria’ that maintain permanent and ‘blood diamond’ allegiance and loyalty to the Government of Nigeria and its rights abusive security forces. Rather, AI is an internationally reputable and respected independent organization, formed in 1961; with its rights advocacy searchlight covering most, if not all the 193 member-States of the United Nations including Nigeria; 64 self-governing or ‘trusteeship territories’ and ten million stateless persons around the world.

The above was the position of the Int’l Society for Civil Liberties & Rule of Law as contained in a statement issued today and signed by Emeka Umeagbalasi (Chair of the Board), Ndidiamaka Bernard, Esq., (Head of Int’l Justice & Human Rights) and Obianuju Igboeli, Esq., (Head of Civil Liberties & Rule of Law). The statement was in reaction to statements issued by the Army and the Defense Headquarters ferociously attacking Amnesty Int’l over its recent report accusing the military of razing and burning some civilian villages in Borno State on account of the Government’s discredited‘counterinsurgency operations’ in the Northeast. Agents of the Nigerian Government have since 2015 recruited some ‘Human Rights Contractors’ and rented crowds to attack AI and other independent rights groups prior to or after releases of their special reports.

We further make bold to say that patterns and trends trailing the Nigerian Military’s responses over such specialist reports are so despicable and condemnable that they have constantly emboldened the atrocity perpetrators and made them ‘unrepentant and repeat-offenders’. The despicable and condemnable patterns and trends have also entrenched in the military (army, air force and navy) and the intelligence services (SSS, DMI, NIA and Force CID) a culture of impunity, incompetence, incapability, inability and unwillingness.

It must expertly be stated that intra state war or situation of internal armed conflict is a product of inevitability arising from the collapse or failure of the conflict handlers and their styles or poor responses to same when still at embryonic stages. In the plain language of the Chinese Conflict theorists, “conflict is an opportunity to effect changes, either constructively or destructively”. In other words, how conflict is managed determines its end or escalation and transformation into armed conflict or de-escalation and end of same after eruption.

Expertly, too, armed conflict, when erupted, is strictly governed within the context of international legal frameworks. It is in recognition of these that the United Nations enacted “the Laws of War” of 1949; otherwise called ‘the Geneva Conventions of 1949’; with its three Protocols of 1976. One of its three Protocols was enacted strictly for purpose of regulating and safeguarding, during the war, civilian populations and their properties (non military necessities). The ‘internal armed conflict’ here includes ‘conventional warfare or symmetric armed conflict’ between a state and armed opposition group(s) or asymmetric or unconventional armed conflict’ such as terrorist insurgency levied by a terror group against a state in part or whole.

Historically speaking, it must be stated that “the Laws of War or Geneva Conventions of 1949” was founded on three cardinal principles of warfare; namely: Jus ad Bellum or reasons and justification for warfare, Jus in Bello/Bellum or how war is to be fought or regulation of same; and Jus Post Bellum or ‘justice after the war’ including justice for civilian victims of the war and their properties and symbols and justice for the perpetrators or war criminals as well as post conflict management, reconstruction and transformation.

In the UN’s Rome Statute of the Int’l Criminal Court of 1998, adopted for ratification in 2001-which Nigeria ratified in Sept 2001; war atrocities were heavily criminalized and classified as “war crimes” and “crimes of genocide”. Others are “crimes against humanity” and “crimes of aggression”. Same are found in the Int’l Customary and Criminal Laws including Int’l Human Rights and Humanitarian Laws”.

Till date, Nigeria is a State Party to the UN Covenant on Civil & Political Rights and the UN Covenant on Economic, Social & Cultural Rights of 1976; the UN anti Genocide and Torture Conventions of 1948 and 1985, the UN Convention for Protection of All Persons from Enforced Disappearance(s) of 2009, the UN Women & Child Rights Conventions of 1984 and 1990, the UN Convention against All Forms of Racial Discrimination of 1969, the UN Statute on Refuge of 1951, the Rome Statute of the Int’l Criminal Court of 1998 and the UN Code of Conduct for Law Enforcement Officials of 1979.

Others are: the UN Basic Principles on the Use of Force & Firearms by Law Enforcement Officials of 1990, the UN’s Universal Declaration of Human Rights (UDHR) of 1948, the African Charter on Human & Peoples Rights of 1981, the UN Declaration on the Rights of Indigenous People of 2007, etc. As a State Party to all of the above, Nigeria is both legally and morally bound by them, with zero derogation till date.

Also, going by the UN’s core purpose of maintaining international peace and security, Nigeria as a key member is inescapably and inviolably bound by same. Nigeria is further bound by the Customary International Law under UN System particularly those that are inviolable under their doctrine of “substantial uniformity by a substantialnumber of States” or “Opinio Juris.”. This is in addition to another essential principle of UN called “Jus Cogens” (i.e., absolute rules of general international law binding on UN Member-States for which no derogation is permitted).

The grand import of the above expert explanations is that the roles of Amnesty Int’l in Nigeria particularly in the Northeast are boldly and commendably well grounded or well founded and go beyond domestic threats or campaigns of calumny. If the Government of Nigeria and its military and intelligence services are truly sincere and committed to tackling the country’s insecurity, they should have seen and treated Amnesty Int’l and other credible rights groups as strategic partners and not as “sponsors of terrorism or insurgency in Nigeria”.

That is to say that Amnesty Int’l is not and shall never be “one of the Human Rights Contractors Association of Nigeria”. This is more so when defense of human rights and humanitarianism is beyond borders, cultures, religions, races, tribes, political affiliations or territories. That is to further say that within the context of the Nigerian Constitution and other laws of the country, the works of Amnesty Int’l are lawful and legitimate and within the frameworks of regional and international laws and humanitarianism, the works of AI and others including Intersociety are also lawfully and legitimately grounded.

Finally, it is no longer news that one of the tragedies that had befallen Human Rights Community and defense of same in Nigeria is the rise in recent times of the ‘Human Rights Contractors Association of Nigeria”. They have not only abandoned the core principles of human rights and defense of same in the country but also attempted to canonize conduct illegalities of certain public office holders including atrocious military and other security chiefs. This is to the extent that when innocent and defenseless citizens are shot and killed or terminally maimed outside the law, in their hundreds, if not thousands, by state security forces; these ‘Human Rights Contractors” will turn around and openly or tacitly support the perpetrators.

Also when special or expert reports are issued by leading rights groups, exposing grisly rights abuses and violations and seeking end of same and justice for their victims and perpetrators; the same ‘profiteers of state conduct atrocities’ will run to the indicted or their paymasters, collect ‘blood cash’ and rush to the media and diplomatic cycles to launch smear campaigns in attempts to tarnish the credibility of such reports; thereby emboldening the perpetrators, encouraging culture of impunity and exposing more citizens to danger and threats.

Covid-19: 2 patients recover and discharged in Lagos, 31 in all 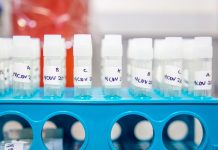