Sign up to myFT Daily Digest to be the first to know about Renewable energy news.

Renewable energy companies are pressing UK ministers to raise the amount of clean electricity capacity they intend to secure through a critical auction later this year by 25 per cent, warning it is “vital” if the country is to meet its climate targets.

Chief executives and senior figures from large clean energy groups including ScottishPower, Vattenfall, Orsted and trade association RenewableUK are urging the UK government to increase the capacity they intend to procure from an ambition of 12 gigawatts to “at least” 15GW.

Several of the organisations backing the call were also signatories to a letter to the G20 heads of state last week warning they would fall short of the wind energy capacity required for carbon neutrality by 2050 by 43 per cent, based on current forecasts. The UK’s 2050 net zero emissions goal is legally binding.

Ministers said last year that 12GW could provide sufficient clean electricity to power 20m electric cars on the UK’s roads in any year.

Government auctions that guarantee renewable energy developers an agreed price per unit of electricity for 15 years only take place every two years in the UK. Companies say they are critical for securing financing to build projects and that unsuccessful bidders in the highly competitive process risk being forced to delay much-needed projects for several years.

In an interview with the Financial Times, Dan McGrail, the new chief executive of RenewableUK, which represents more than 400 companies, estimated projects with a total potential capacity of 23GW could be ready to enter this year’s auction, which starts in December.

He also urged ministers to move to annual auctions, which are known in the industry as “contracts for difference” rounds. “Accelerating the speed and scale of the energy transition is vital,” McGrail said.

Britain’s climate advisers have said the electricity grid needs to be fully decarbonised by 2035 to meet the 2050 net zero target.

“To capture this . . . the UK needs to look at more frequent auctions, potentially annually, but crucially, without imposing inflexible limits on the amount of renewable energy that can be deployed,” he added.

This year’s auction is much bigger than the last in 2019 when 5.8GW of capacity was contracted.

However, energy companies point out that solar and onshore wind developers will be eligible to enter this year for the first time since 2015, meaning the desired capacity will be spread across a much wider range of technologies.

The UK business department said it would be publishing further details of the auction this summer and any capacity cap would be “informed by, amongst other things, the most recent estimates of the eligible pipeline of projects”. 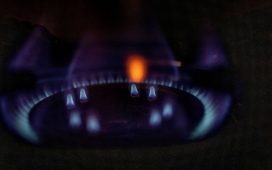 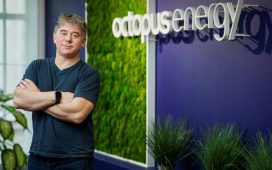 The UK's petrol crisis is just a taste of a more jittery, uncertain future | Gaby Hinsliff

Shell Energy to take on 255,000 customers of collapsed Green