She’s the French actress who played Nicole in Renault’s ads for the Clio which ran from the car’s UK launch in 1991 until 1998.

Skornik, now 48, is still acting. And the Clio is still going strong too, as Renault celebrates its 29th birthday with the unveiling of a completely new model – Renault Clio generation 5.

It may be all new, but it doesn’t look it.

When you have on your books a car that has been the best seller in its class in Europe since 2013, you don’t want to mess too much with the mixture.

The new Clio is 12mm shorter than the current car and stands 8mm lower.

There has been a ­revolution with the new Clio, but you’ll have to step inside to see it.

The first thing that will catch your eye when you sit in the driver’s seat is the portrait-style infotainment screen mounted high up on the dashboard.

This puts the 9.3inch screen conveniently, and safely, in your line of sight.

I also like the fact that underneath it are rotary controls for heating and air-conditioning and a row of buttons for other functions.

A bigger TFT screen is coming later in the year.

In front of that is a new steering wheel that’s slightly smaller in diameter and which is mounted to a slimmer column.

Both changes are to give the driver more knee room. 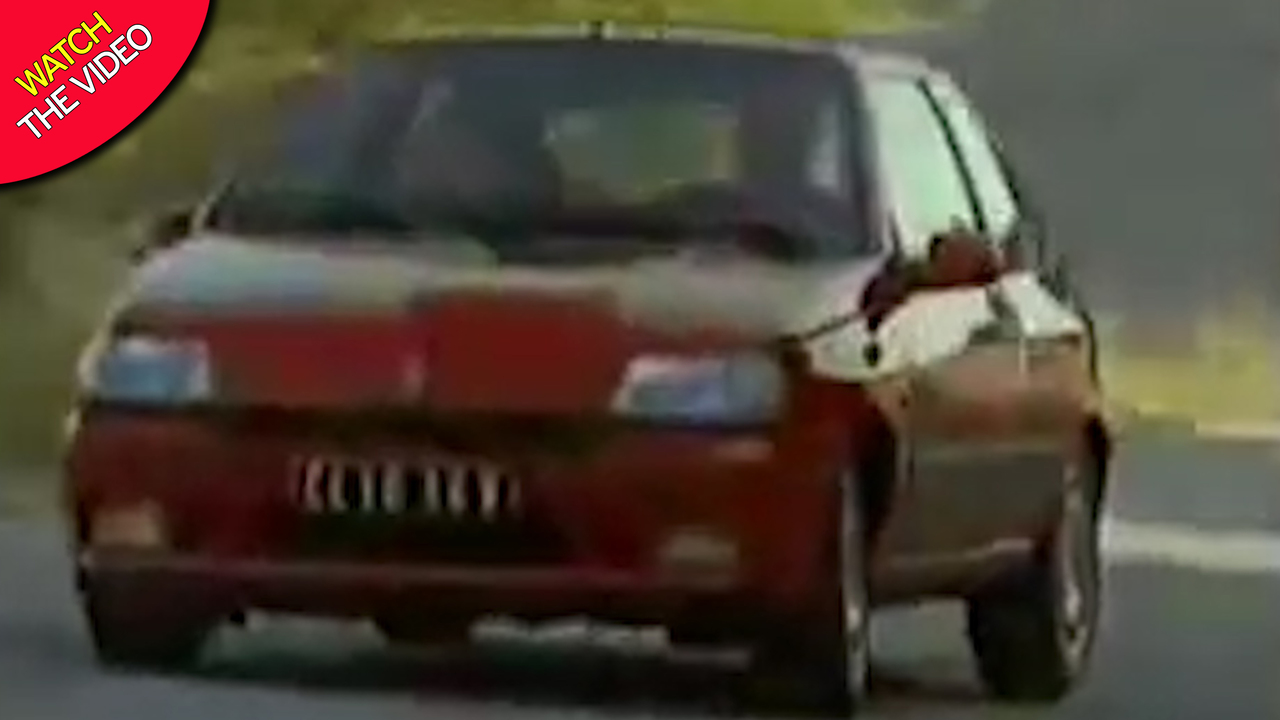 There’s more space overall in the new Clio, with comfort a priority.

Boot space has also grown to 391 litres which Renault claims is the largest in its class.

The new Clio is available in Play, Iconic and R.S. Line trims.

Renault brought along the last two to the launch, each of them equipped with colourful interiors.

I suspect a Play version without any options will look rather stark next to the posher models with their flashes of coloured trim and detailing.

I also think most customers will splash out on the higher-spec models.

Next year a very clever mild-hybrid powertrain will be available – but until then you can choose between two 1.0 litre three-cylinder engines with 70bhp and 98bhp; a 128bhp four-cylinder 1.3 litre petrol and lastly a 1.5 litre 83bhp diesel.

The two 1.0 litre engines come with five-speed manual gearboxes, the 1.3 a double-clutch automatic and the diesel a six-speed manual.

Visually, you can spot the R.S. Line because it has a distinctive ‘F1 blade’ below its front bumper and a different treatment at the rear.

But if you want a fast Clio then I’d wait for the Renault Sport cars to come out.

The 1.0 litre 98bhp engine is plenty powerful enough and its 5-speed gearbox is smooth and easy to operate.

Your target should be 60mpg and you should achieve mid-50s.

There’s nothing remarkable or unremarkable about how the new Clio drives.

Petrolheads will be waiting for the hot Renault Sport model that will be following later.

Fun to drive, easy to own.

Expect to nail a decent discount.

The most interesting looking Micra ever and a pretty good car, too.

Beats Great build quality, but clean rather than inspiring style.

I fight all the time with my young boyfriend. Can we work it out? | Dear Mariella