Renault has disclosed prices and specs for the Clio Hybrid and Captur Plug-In Hybrid, revealed earlier this year and now available to order. The models are the first from the brand’s latest range of ‘E-Tech’ electrified variants.

The Clio, launched last year with traditional petrol and diesel engines, benefits from a “full hybrid” system – an innovative take on the proven parallel hybrid setup. Renault claims the tech is protected by around 150 patents. Available to order now, it costs from £19,595 in Play trim to £22,095 for the fully loaded Launch Edition.

It’s based around an “F1-inspired” multi-mode clutchless automatic gearbox, used to control a naturally-aspirated 1.6-litre petrol engine and two electric motors either simultaneously or independently alongside a high voltage starter generator. The battery is a relatively small 1.2kWh pack, meaning the car weighs just 10kg more than an equivalent Clio diesel.

With a combined output of 138bhp, the Clio Hybrid can do 0-62mph in 9.9sec and hit 113mph. The electric motor develops up to 151lb ft of torque alone, with a 37 lb ft boost from the starter generator. Renault says the torque helps it achieve a 6.9sec 50-75mph time.

Every variant offers official CO2 emissions of less than 100g/km and combined fuel economy of 64.2mpg. It can spend up to 80% of the time in electric mode on city roads, and is able to travel at up to 38mph without the engine running. 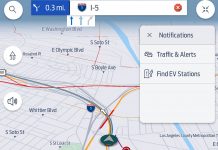