What are the chances? The moment Rebecca Gibney randomly orders an Uber with the number plate ‘TV STAR’

She’s one of Australian television’s most hardworking actresses, known for her roles in Packed to the Rafters and Halifax f.p.

And on Saturday, Rebecca Gibney found herself recognised in the most random of ways, while on a night out in Sydney with former co-star Hugh Sheridan.

The 55-year-old ordered an Uber, that by chance, had the number plate ‘TV STAR’. 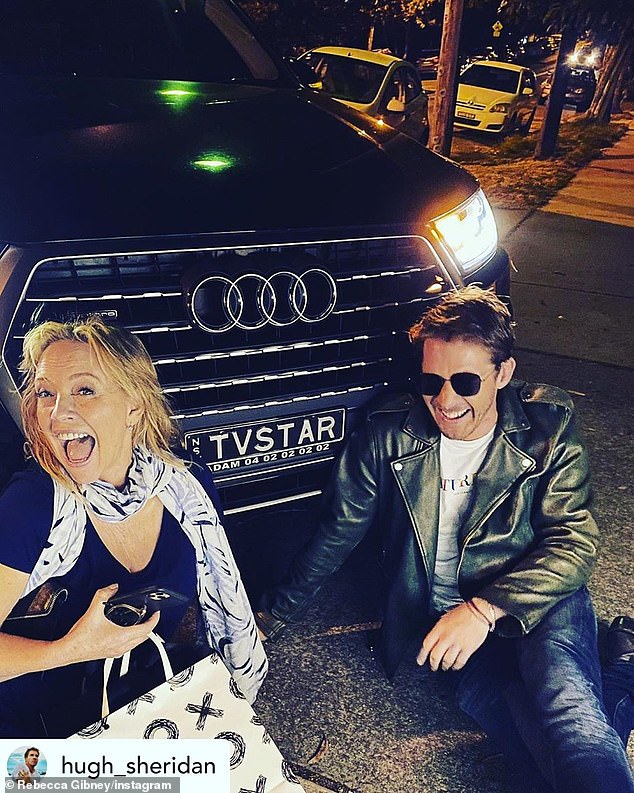 What are the chances? The moment Rebecca Gibney (left), 55, randomly ordered an Uber with the number plate ‘TV STAR’, on a night out with Hugh Sheridan (right), 35, on Saturday

Rebecca re-shared Hugh’s Instagram post to her own feed on Sunday, that saw the pair sitting in front of the Uber and in fits of laughter.

The New Zealand-born actress cut a smart casual figure and beamed for the camera next to Hugh, who wore a T-shirt, jeans and leather jacket ensemble.

‘Just can’t stop laughing that @rebeccagibney_ randomly ordered an Uber and the number plate is TV STAR,’ Hugh, 35, wrote in the caption of his own post. 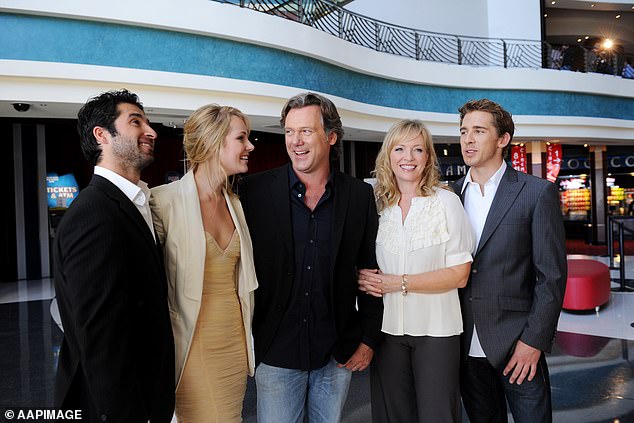 Former co-stars: Hugh, who starred alongside Rebecca in Seven’s drama series Packed to the Rafters (both pictured on the right in 2009), was in fits of laughter

He then referenced a quote by the late poet and playwright Oscar Wilde: ‘We are all in the gutter, but some of us are looking at the stars’.

In Rebecca’s post, she captioned the moment ‘about last night’ with a laughing face emoji.

Rebecca became a household name in Australia when she starred as Dr. Jane Halifax in crime series Halifax f.p., from 1994 to 2002. 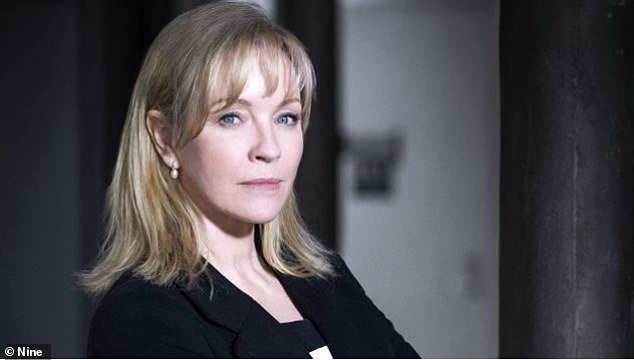 Household name: Rebecca became a household name in Australia when she starred as Dr. Jane Halifax in crime series Halifax f.p. (pictured), from 1994 to 2002

She landed the lead female role of Julie Rafter on Seven’s drama Packed to the Rafters from 2008 to 2013, where she starred alongside Hugh Sheridan.

Rebecca returned to her role as Dr. Jane Halifax this year, in Halifax: Retribution.

She has also won four Logie Awards, including the prestigious Gold Logie in 2009. 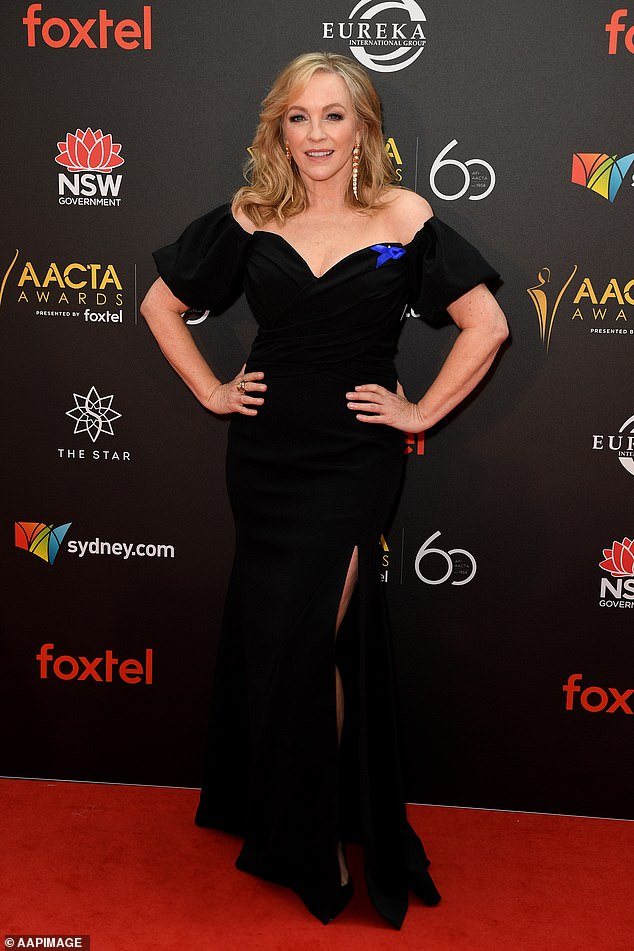 Acclaimed: The New Zealand-born star has also won four Logie Awards, including the prestigious Gold Logie in 2009. Pictured at the AACTA Awards in 2018

PICTURE EXCLUSIVE: Frail Phil Collins, 69, is helped into a wheelchair