Real Madrid are set to be without a number of key players for the second leg of their Champions League quarter-final clash with Liverpool on Wednesday.

Zinedine Zidane’s side lead the tie 3-1 thanks to an impressive victory in the first leg, with Vinicius Junior netting a brace and Marco Asensio also getting on the scoresheet.

Lucas Vazquez, who has been deputising at right-back, suffered an injury in Real’s 2-1 win over rivals Barcelona on Saturday.

The 29-year-old was forced off with a knee injury and he is likely to miss the remainder of the campaign, with an official club statement reading: “Following tests carried out today on Lucas Vázquez by the Real Madrid Medical Services, he has been diagnosed with a sprain to the posterior cruciate ligament in his left knee.”

However, Real have been handed a boost, with midfielder Federico Valverde reportedly set to be fit to face Liverpool.

Valverde suffered a knock in the game against Barcelona but he has travelled with the squad, with Spanish publication Cadena Cope reporting that his involvement for the Liverpool fixture will go down to the wire.

Centre-backs Sergio Ramos and Raphael Varane remain absent, with Ramos nursing a calf injury back and Varane still sidelined after testing positive for coronavirus ahead of the first leg.

Full-back Dani Carvajal is nearing a return from a hamstring problem but he will not be fit in time to face Liverpool, with Alvaro Odriozola expected to start at right-back.

Former Chelsea star Eden Hazard will also be missing, with the Belgian international still struggling with an ankle problem.

Speaking after Real’s El Clasico win, Zidane said: “I don’t know how we are going to end the season because physically we are at our limit. We are hanging in there but we are struggling to finish games at the moment. We are at our limit.” 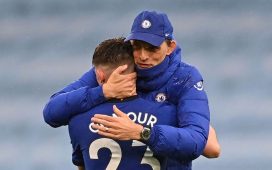 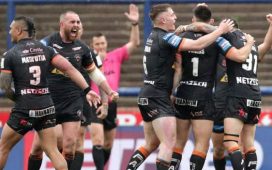 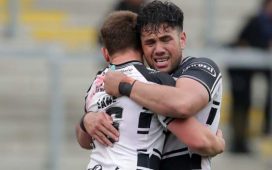