Real Madrid 5 Celta Vigo 2: Wonderkid Camavinga nets on debut and Benzema gets hat-trick as Los Blancos come from behind


EDUARDO CAMAVINGA marked his Real Madrid debut with a goal as Carlo Ancelotti’s men battled back to beat Celta Vigo 5-2.

Karim Benzema also scored a hat-trick as Real played at a newly-refurbished Bernabeu stadium for the first time in 560 days.

It was the visitors who drew first blood in the Spanish capital when Santi Mina fired Vigo ahead after just four minutes.

But Benzema got Real back on level terms with his first of the night in the 24th minute.

Vigo then went in front again on the half-hour mark thanks to Franco Cervi.

And they went in at the half-time break 2-1 up.

There must have been some angry words from Los Blancos boss Carlo Ancelotti in the changing room.

That’s because Real came out of the tunnel with renewed purpose as Benzema immediately restored parity.

Vinicius Jr finally put the hosts ahead for the first time when he hit the target in the 54th minute.

And Camavinga, a £27million summer arrival from Rennes, came off the bench to open his account in the 72nd minute.

Benzema then ensured he went off with the match ball by completing his hat-trick with an 87th minute penalty.

And the result kept Real joint-top of the table with city rivals Atletico and a resurgent Valencia.

But they first face a tough trip to Inter Milan in the Champions League on Wednesday.

The two sides met in last season’s group stage, with Real winning on both occasions to nick the last knockout spot. 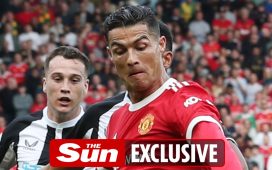 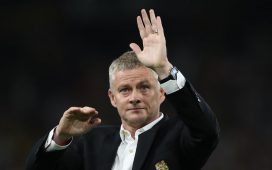 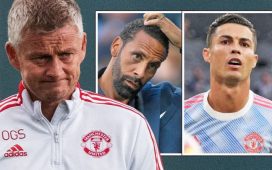