Happier people live longer, more pleasant lives. Informed people are weighed down with the woes of the world. So, is ignorant bliss better than knowledgable gloom? Mary Shider, Macclesfield

In my experience “happy” people are appallingly dull. It’s like being embraced by a suffocating cloak of asinine and often quite hopeless can do. Things that fall apart, break down or are just simply wrong force you to look and question things from the bottom up. Which leads to a more accurate and interesting picture of life. thegreatfatsby

Why are the two mutually exclusive? I consider myself informed and cheerful (reasonably). Levels of happiness and contentment seem to be primarily personality-based and out of our control. Whether we’re informed or not is very much a choice, of course. lexicon_mistress

Constantly, outrageously happy people are so disengaged from reality it’s like dealing with a weird cult, and member trying to debate with them. Unless as a species we can learn very fast to overcome our greed, lust and our aggression, our grandchildren will inherit a burnt-out desert world. But these folk are happy? I would rather have nothing to do with them: there’s nothing to them at all. rabbiedeoir

I don’t think I have any choice on this – it is a product of my disposition. But if I could make myself more ignorant and less miserable, I would. I get the impression that elderly people are more upbeat (which I interpret as a selection bias) and I would like to live a long happy life! Asophicus

Bertrand Russell answered this question long ago with the 10th of his Ten Commandments for Living: “Do not feel envious of the happiness of those who live in a fool’s paradise, for only a fool will think that it is happiness.” Chris Bruce, Kiel, Germany

It’s too simplistic a question … better for whom or what? What is “better”? I think it would be “better” if everyone stopped trying to work out who is living their life “best” and got on with just being a good person in their own way. jessicatkin

Another way to think about this: would you swap sanity for insanity if doing so would make you happier? My hunch is that most people would answer “no”, realising that being in touch with reality is more important than feeling good. PaulSecret

There’s no winning option here. I started reading and keeping up with the news when I was 11 for the debating club. Now at 16, I have noticed that reading the news daily, most of which is disheartening, has contributed to a constant low mood for the past few months. It’s like having a dark, heavy cloud wherever I go. However, the shock I get from peers not being as aware of concerning issues around the world does encourage me to continue informing myself. But who ends up better off? Valentine_44

It’s a great question, one I’ve been discussing with my 10-year-old. What I told him is that ignorance isn’t always correlated with bliss or knowledge with gloom. Many “ignorant” people aren’t particularly happy. Ignorance is also correlated with poverty. It’s a choice we make to be informed, one I personally prefer, and another choice of how we relate to that information and how much it affects our lives and mood – which is then down to wisdom, not knowledge. I’d say the wise are the truly happy ones, and the ones who change the world for the better. sharonsh

Why the assumption that to be happy you have to be ignorant of the world’s woes? The adage is usually only half-quoted: “Where ignorance is bliss, ’Tis folly to be wise.” The context was, um, marital relationships. Which is at most only tangentially related to the state of the real world, which is always worse than you imagine, because you can’t possibly know all that’s gone wrong.

On the other hand, you can’t possibly know all that’s gone right, either. So worry enough to activate your conscience, and make things better as best you can. But don’t let worry overwhelm you. Three madness lies. WolfK1164

To adapt an adage: “When you are dead, you do not know you are dead. It’s only painful and difficult for others. The same applies when you are ignorant.” Lisa Lovebucket

It’s not fashionable any more, but a book that may help you decide on your answer to this is Colin Wilson’s The Outsider. It’s a work written around the question: “How on earth can someone live if they’d rather be right than happy?” (And, yeah, the study examples are almost always male writers, but it doesn’t matter; the problem is universal.)

One of his quotes that stuck with me is from George Bernard Shaw’s Buoyant Billions: “I don’t want to be happy; I want to be alive and active.” I think that’s a common feeling, and a valid one.

The other unexpected self-help guru from The Outsider is Nietzsche and his passionate wish to be able to answer “Yes!” to the question: “Is it a good thing that the universe exists, even though we on Earth know that the price of that is enormous suffering?” Now that is the question. And sometimes I can answer “Yes!” to it. Not always. But occasionally, and that is enough. Dogsbodhi

Ignorant people are more likely to inflict unhappiness on other people, in my experience. ringolorenzo

As always, the key is balance. It is best not to be overwhelmed by either bliss or doom! Finkelgruber

It makes for a nice discussion piece to contrast “ignorant bliss” with “knowledgable gloom”. But people have different outlooks/temperaments irrespective of their level of knowledge of the world (or themselves). I’ve met ignorant people who are pessimistic and boorish, and insightful, well-informed folks who are charming and sunny. We can see it, for example, in those diagnosed with a terminal illness, granting them a knowledge of their death most of us would prefer to avoid. Some are weighed down and depressed, others find, in the most awful circumstances, some enjoyment of what’s left. gpjcyprus

Actually, knowledgable people are often very happy if their knowledge consists of empirical facts about the world rather than the cherry-picked narratives peddled by the media to monetise anxiety and outrage. Rhialto

The Good Brahmin (Voltaire) poses this same question, concluding that most would not trade bliss for gloom if the price were imbecility. In any case, for many the question is as irrelevant as asking whether they prefer breathing. A mind that pursues knowledge is not always a choice but a sort of default mode, just as a still mind will most likely stay still for its entire existence. Happiness may or may not accompany either. For the curious mind sometimes the only option to avoid striving for knowledge is purposely curtailing the impulse through a pursuit of triviality or sabotage by alcohol, drugs or other brain-killing means – without any guarantee of lasting relief from gloom. FGLock

If a person is knowledgable enough, she would also become aware of the fact that her knowledge is making her sad and therefore take steps to be happy and therefore countering this effect. You could call it desensitisation of sorts. Kartik Adhia, Munich

Truth is often complicated and cumbersome, but only truth can lead to a real connection with the essence of things and, eventually, to progression. Mariam Khan, Lahore

Is ignorant bliss better than knowledgable gloom? Yes. I was much happier before I discovered this is true. Jeph Mathias, Christchurch, New Zealand 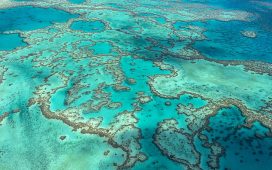