England are through to the World Cup semi-finals for the first time since 1990 after beating Sweden 2-0 at the Samara Arena.

Gareth Southgate’s side secured their last-four spot after goals from Harry Maguire and Dele Alli. Leicester City defender Maguire headed in Ashley Young’s corner after half an hour then on 58 minutes Alli also headed in, this time from Jesse Lingard’s cross.

Goalkeeper Jordan Pickford, the hero in the penalty shoot-out against Colombia, once again impressed with a number of superb saves and was named man-of-the-match.

After the victory England boss Southgate told the BBC: “We knew it was going to be such a different game from the other night, to come back having had extra-time and penalties, with the emotions of it to lift ourselves through a completely different test.

“It was always a scrappy game where we had to withstand a lot of physical pressure, but the resilience of the team and togetherness of the team was crucial.

“I can’t speak highly enough of the whole squad and whole group of staff because it is so united in there. The level of work has been great and their commitment to each other, you don’t get through with just 11 players. They are all top people and are the reason we are in the semi-final just as much as any other.”

The Three Lions will now play Croatia in Wednesday’s semi-final at the Luzhniki Stadium in Moscow. The match will be live on ITV.

What the English media had to say…

Phil McNulty, BBC Sport: “England, for all the talk, knew they had this history to contend with and it is to the credit of the calm and measured Southgate that he has not only led the team with such confidence and composure, but he has now guided one of the most inexperienced squads here in Russia to the last four. Southgate and England deserve huge credit – and now those expectation levels will rise even more.”

Barney Ronay, The Guardian: “The red and white train just keeps rolling along. In the city where Russia’s space programme shot for the moon, England’s footballers have now entered their own near-earth orbit. There they go now, a little giddy but still upright, out there floating in their tin can, high above the world.”

Paul Hayward, The Daily Telegraph: “England fans want Southgate and his team to keep going not only for their own pleasure in living rooms and pubs but because they see a group of people committed to something honourable and uplifting. Two wins in Moscow would transform the national sport. Just one would put 1990 to bed. Already, England are dumping a lot of painful history.”

Oliver Holt, the Daily Mail: “For 20 years, we paid lip service to the idea that we believed in ourselves without quite really meaning it. Now we believe it. They showed that again when they coasted past the Swedes. Now our players trust each other. Now they trust themselves. Three Lions on a Shirt will continue to be sung in the build-up to Wednesday night’s last-four match in Moscow and the memes and the dreams will continue but part of the job has already been done: after a regrettable period of absence, Southgate has brought football home again.”

Nick Ames, ESPN: “Are 52 years of hurt coming to a close? England are two wins away from a stunning World Cup win after reaching their first semi-final since 1990, and this 2-0 victory over Sweden was deserved. Headers from Harry Maguire and Dele Alli tipped the scales on an afternoon short of tension, and they now await a last-four tie in Moscow on Wednesday.” 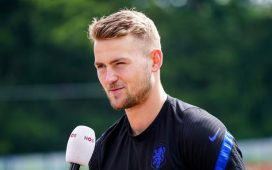