Rayman Legends is currently free on the Epic Store

Granted, you might already be up to your nose-pits in free games by this point, slowly sinking beneath the unstoppable deluge in flailing terror, but there’s no denying that Rayman Legends is a worthy addition to any collection, even if it did come out 2013.

Unsurprisingly, Rayman Legends has much in common with its delightful predecessor Rayman Origins, dressing up the series’ classic 2D platforming with some breathtaking presentational trimmings. Quite aside from its gorgeous facade though, Rayman Legends is a wonderful, ceaselessly inventive thing (this is still one of my favourite bits of video game silliness ever).

As Eurogamer contributor Dan Whitehead put it, “What they’ve done is take an already wonderful wheel [in Origins] and polished it into something remarkable.”

It’s an enormously generous game too, with five of its six worlds – equating to 120 levels, 40 of which are remastered version of those seen in Origins – welcomely opening up early on to be tackled in any order. There are fresh challenges awaiting in completed levels, courtesy of Invaded bonuses, a weird single-screen football game called Kung Foot, an avalanche of collectibles, plus daily and weekly leaderboard challenges.

“The platform game has been around for so long that it’s easy to assume that the genre has run out of surprises,” said Dan’s review, “A showcase for the game designer’s art and one of the greatest platform games of this – or any – year, Rayman Legends disproves that in glorious style.”

Rayman Legends can be added to your Epic Games Library for free until Friday, 6th December. 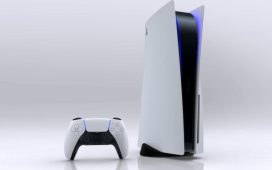 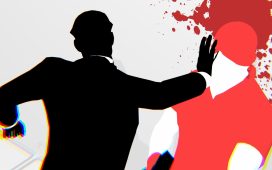