Manchester United legend Wayne Rooney has bemoaned Ravel Morrison’s failure to reach his full potential during his career by insisting the midfielder should have been ‘top level’.

Morrison, 27, was once ranked as the hottest prospect in world football, with Sir Alex Ferguson adamant that the midfielder was the best player Manchester United’s academy had produced during his 27 years at the club.

While Morrison’s talent has never been in doubt, his off-field problems have seen him fail to make the most of his ability and he’s currently with Dutch club ADO Den Haag.

A host of United players, including the likes of Gary Neville and Rio Ferdinand, tried to intervene to help Morrison’s career but it was to no avail.

Rooney was not yet club captain when Morrison left the club for West Ham but after revealing he smashed the former QPR ace’s phone in a rage, the Derby County midfielder says Morrison was a disappointment.

Asked if there was a player he was certain would reach the top but failed to, Rooney told the Manchester United podcast: ‘I think with the younger players obviously it’s been well documented with Ravel Morrison.

‘He was brilliant in training but he had a few issues and it halted his career. We all thought he’d be top level. Everyone could see those issues would be there and quite a few people tried to [intervene].

‘I spoke to him and smashed his phone up at one point. He came into the first team dressing room when he was in the reserves and my phone was in charge so he took it off and put his on.

‘Gary Neville was trying to get him to live with him so people were trying different things.’

Despite his illustrious career at Old Trafford, Rooney had his own problems during his time at the club.

Rooney handed in a transfer request in 2010 after failing to get the assurances he felt he deserved from Ferguson about investment in the squad.

The 35-year-old was intent on leaving Old Trafford but a dramatic u-turn that saw him spend an extra seven years at the club.

Rooney was linked to Chelsea and Manchester City at the time but he insists he had his eye on Spain.

‘I think it was well documented that Chelsea and Mourinho wanted to sign me,’ Rooney said on the UTD Podcast.

‘There was Real Madrid, Barcelona and the Man City thing keeps cropping up, but there was never the option for me to go there.

‘Although there were rumours on that as well, but the other three, really, were more realistic options.

‘In my head, at the time, in that two-day period, I was ready to go and play in Spain.

‘Ideally, I would have liked to have gone to Barcelona, but it was looking more likely to be Real Madrid than Barcelona. Chelsea were always there as well.

‘After a couple of days, I spoke to David Gill again and when there were those protests at my house, I’d actually already agreed to sign the new contract by that time.

‘I was thinking “Jesus”, it was three o’clock in the morning and I didn’t fancy going out to calm down 20 or 30 lads with their hoods up’. 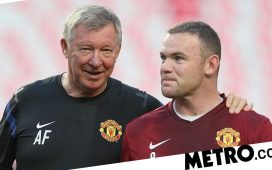 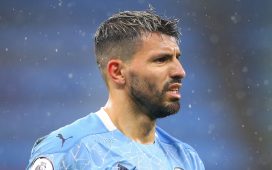 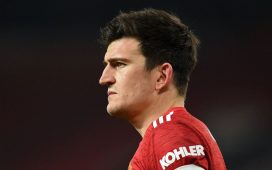 Harry Maguire's bold expectation ahead of Liverpool vs Manchester United 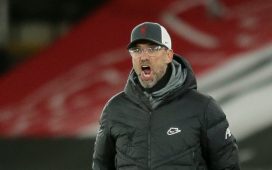