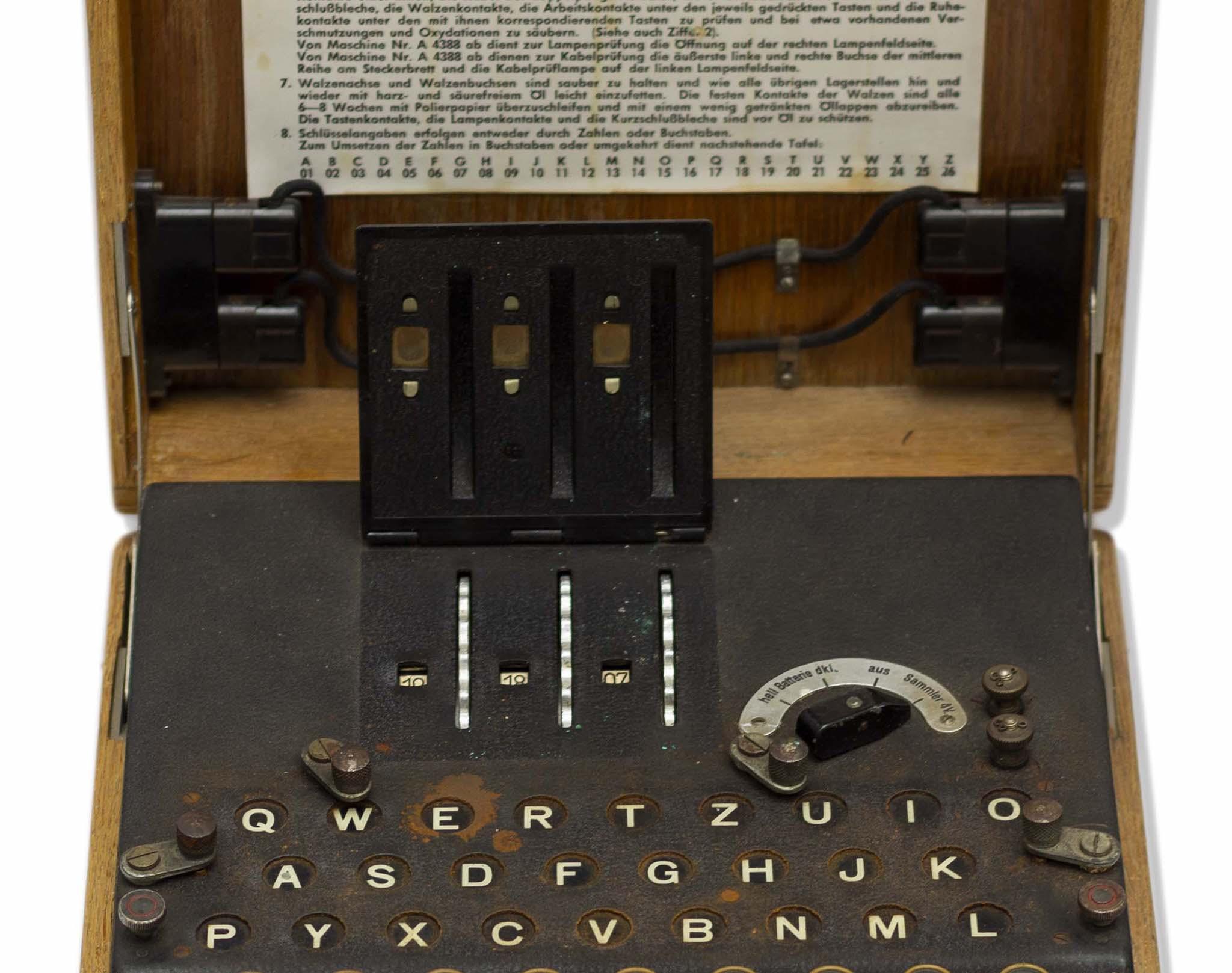 A rare enigma machine has gone on sale – to anyone with the $200,000 required to start the bidding.

The machines, used by the Nazis to scramble messages so that they couldn’t be read, are incredibly rare. The Germans were told to destroy them to avoid them falling into Allied hands – and, at the end of the war, those that remained were ordered to be destroyed by Winston Churchill.

The machine now on sale is even more rare, since it is only lightly used and includes its original parts. While there are still some issues, such as a corroded battery and a broken leather strap, it is in far better condition than most other examples of the machines.

Only about 250 of them are thought to be around in the first place, let alone in such a state. And those that do exist rarely go on sale.

That accounts for the very high price tag placed on the machines. Auctioneers Nate D Sanders has set a minimum bid of $200,000.

It also notes the unusual features of the machine including an “engraving of the Third Reich emblem – a black eagle above the swastika” that can be found in the machine.

The enigma machines were famously used by the Nazis to scramble up messages when they were sent.

They could take communications and scramble up individual letters, making them entirely unreadable.

But human error and the work of the well-documented teams at Bletchley Park would eventually find their way past the encryption in the machines.

They noticed that the messages would often include similar phrases such as “Heil Hitler”, and that allowed them to work backwards to unscramble the messages and help read through communications.

No more charge anxiety – is exchanging batteries the future of electric vehicles?