A RARE dwarf giraffe shows us the long and the short of it as he joins a full-sized pal.

The giraffe, called Gimli, is 9ft 4in and lives in Namibia. Regular giraffes can reach 20ft.

Dr Michael Brown, who discovered Gimli in 2015, was gobsmacked when he first set eyes on the creature, and had to do a double take after watching him.

He said:“The initial reaction was disbelief. The neck on the giraffe was characteristically long, but its legs weren’t.

“It looked like someone had put a giraffe’s head and neck on a horse’s body.”

Gimli’s condition, known as skeletal dysplasia, affects bone growth and is rare amongst wild animals and he is thought to be one of the first observed in giraffes.

Three years after they discovered Gimli, scientists found a eight and a half foot tall Angolan giraffe, called Nigel, found living on a private farm in Namibia.

PUT UP WITH IT

Landlord pitches TENT in tenant’s garden and starts living there

BACK TOON THE FUTURE 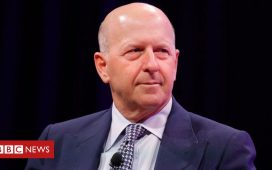 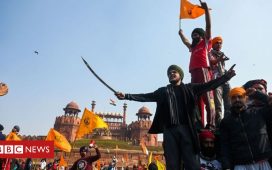 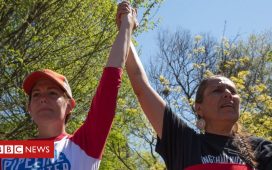