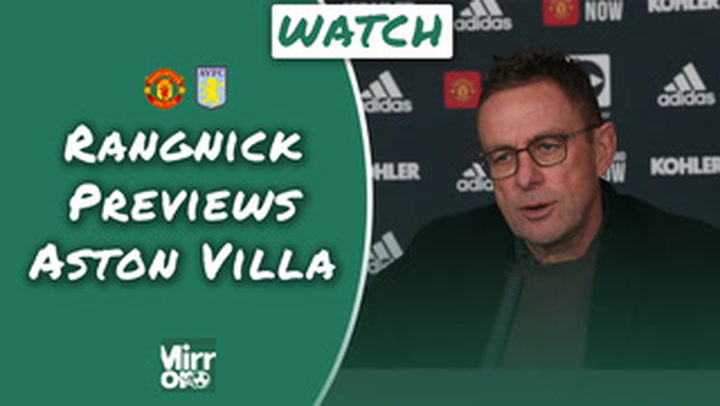 Raphael Varane is excited at the possibility of winning a new piece of silverware ahead of his FA Cup bow.

Now his task is to help the Red Devils again claim major honours.

The Europa League success in 2017 under Jose Mourinho remains the club’s last piece of silverware – a drought that was once unthinkable.

Varane was among those bought in to bolster the squad, although United have endured a difficult season.

Aston Villa will visit Old Trafford looking to cause a cup upset.

The French defender knows the competition doesn’t offer any second chances, but is relishing the opportunity.

Have Your Say! How many trophies will Man Utd win this season under Ralf Rangnick? Tell us your prediction here.

“I know it’s an important competition and part of the history of the club, and I know it’s exciting for fans,” he said

“I think it’s always exciting and it’s another challenge and a new competition (for me).

“When it’s a new competition (and the start of the competition) you always want to win it and to feel the challenge. The most important thing is you want to win.

“In a cup like this you know that you don’t have another game to win if you don’t win this one so you have to perform and leave all your energy on the pitch.

“That’s a big challenge and it’s why cup games are exciting because both teams will leave a lot of energy on the pitch. We are looking forward to it.”

Villa have already secured a win at United this term – enjoying a 1-0 success back in September.

Steven Gerrard’s side may endure long periods without the ball and Varane is primed to deal with their threat on the break.

He added: “I think they’re a really good team and we have to be prepared to play against a team who know how to play on the counterattack and who play well with the ball.”

United last won the FA Cup back in 2016 under Louis van Gaal.

The fallout has seen talk of a mass player exodus whilst several big names, including Cristiano Ronaldo, are said to be unhappy in Manchester.

Rangnick, known for his pressing style, felt his side fell into bad habits in their recent defeat.

“We relapsed into habits that the team has shown in the past,” he claimed.