Southampton manager Ralph Hasenhuttl was left emotional after his side beat Liverpool.

Danny Ings’ early goal gave the Saints a 1-0 win at St Mary’s and saw the Austrian coach sink to his knees in tears at full-time.

It was an eye-catching response after one of the biggest wins of his managerial career and one which garnered plenty of attention.

And, after the game, he explained the private conversation he previously had with opponent Jurgen Klopp which prompted his emotional reaction.

Hasenhuttl revealed in his post-match press conference that he had previously shared a chat with Klopp when they met at a Premier League meeting a couple of months ago.

He joked that he wanted to finally take a point from the Reds – only to be left overjoyed to come away with all three on a “perfect evening” on Monday night.

Hasenhuttl said: “It says everything and says we had an unbelievable mentality today, even more than they have.

“We never give up and try to the end to turn things around. We showed it is possible to win against such teams and we did it in a fantastic way. they we can do and finally we needed to have a perfect evening and it was one.

“The good thing is you don’t expect to take points from this team so that is like bonus points. For sure, it all comes together with the belief to take this win really.

“Until 80 minutes or so you think you have done a good job so far, but there is still a long way to go with winning and then with my history with Jurgen, he is the only coach I have never taken points off.

“So I was joking with him one month or two months ago when we had the Premier League meeting and I said ‘I want to have the chance to take a point off you!’

“It is just a perfect evening. Because of the effort they maybe deserved to take a point but that is not important today. You take it and that is it.”

Will Liverpool win the Premier League title this season? Have your say here. 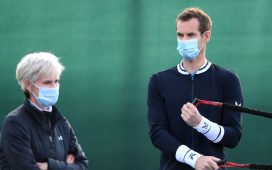 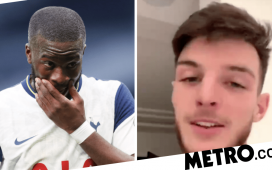 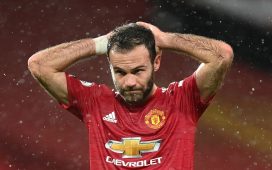 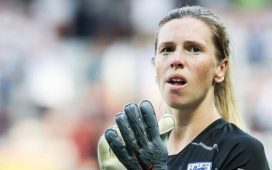