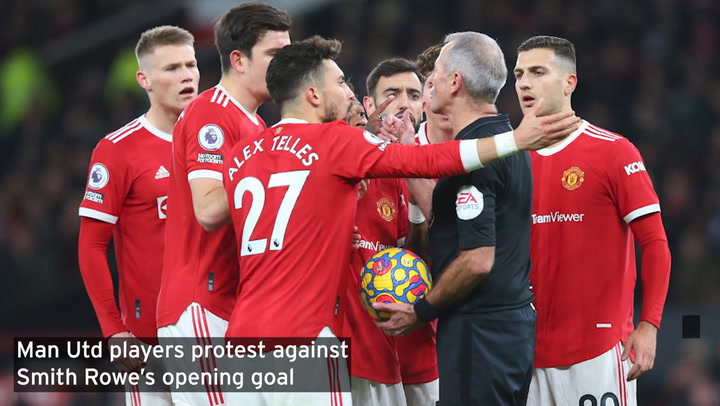 New Manchester United temporary manager Ralf Rangnick was in the stands as his new club beat Arsenal 3-2 at Old Trafford on Thursday night.

Emile Smith Rowe scored from distance with David de Gea down injured in the first half.

But the Red Devils managed to equalise before half time as Bruno Fernandes sidefooted home from close range before then taking the lead shortly after the interval when Cristiano Ronaldo swept the ball into the bottom corner with a first-time finish from Marcus Rashford’s cross.

A topsy-turvy game then swung back in United’s favour as Ronaldo powered home a penalty after Fred was brought down in the box by Odegaard.

The new boss was in the stands, with fans noticing his reaction to one of the goals, and he may have had a say in the line-up according to one pundit.

Ragnick’s revolution is now set to begin, with up to six stars tipped to leave.

Alan Shearer believes Ralf Rangnick “had some sort of input” on who started the match against Arsenal.

Rangnick, 63, has now been granted a work permit for his new job, but was in the stands and did not take charge for the game against the Gunners.

But he was seen being given a tour of Old Trafford earlier in the week, and Shearer believes he’ll already be having some say on how things are being run at the club.

United fell behind in bizarre circumstances as Emile Smith Rowe struck home while goalkeeper David de Gea was down injured after being stood on by Fred as the Red Devils defended a free-kick just 13 minutes into the game.

And following the goal, Ralf Rangnick’s reaction was noticed.

The Amazon Prime cameras picked out the new Man United boss in the stands for the game almost immediately after the ball went in.

The new United boss will have been making his own judgements about his new players during United’s 3-2 win over Arsenal as he watched on from the stands.

The Red Devils have been linked with a number of new players following the news of Rangnick’s appointment, but several stars could depart Old Trafford as well.

Mirror Football has taken a look at six of those who could leave – including Edinson Cavani. 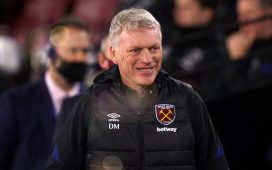