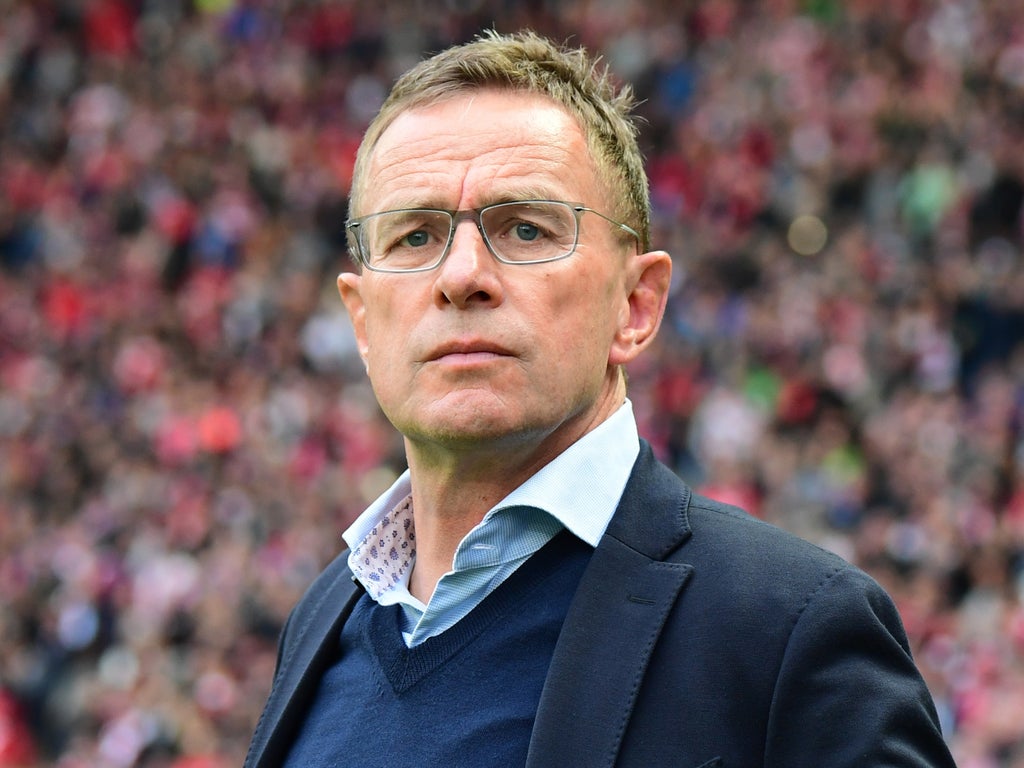 It is an appointment that has involved a month’s negotiation, and then some. Ralf Rangnick’s name was first raised as a potential replacement for Ole Gunnar Solskjaer after Manchester United’s 5-0 defeat to Liverpool, but his working relationship with executive vice-chairman Ed Woodward goes back much further.

The Old Trafford official has consulted Rangnick in the past, and at various points considered employing his expertise to overhaul the club. The initial success of Solskjaer was one of a few different developments that prevented that.

This is an appointment – and an ideologue for the club – that Woodward has wanted for some time. Given that he is about to leave his position, it could even be said that making decisions too late is the story of Woodward’s tenure. That applies to everything from when they appointed Jose Mourinho, three years too late, to when they finally dispensed with Solskjaer.

The big difference with this one is that it can still go much further, bringing United into the future, but also eroding their unhelpful obsession with the past.

That is the wider benefit of appointing the “godfather of gegenpressing” and one of the main influences on how 2021 football is played. You don’t bring Rangnick in without allowing for considerable cultural change.

He is one of those figures whose very way of working automatically puts principles in place, because he changes the way people think. That comes from asking searching questions, in a manner that can come across as demanding.

United really require all of that.

Their own culture had become something of a caricature. United would dispute it but the club’s actions revealed a fixation on managers as messiah figures. That is perhaps inevitable when their two greatest legends are patriarchs who reconstructed the club over a collective period of more than half a century, while winning all of their European Cups and 90% of their league titles. It is only going to be more pronounced, too, after Sir Alex Ferguson so echoed everything Sir Matt Busby did but took it to new levels.

It created a mentality, even subconsciously, that this was just United’s “way”. They have been perpetually waiting for the next messiah.

Such thinking ensured a culture that started to enslave the club rather than serve it. There probably isn’t another club in Europe so beholden to the idea of “the manager”. Summing it all up was Woodward’s supposed “obsession” with echoing Martin Edwards in 1989/90 and giving Solskjaer the time to get this right, long after it had become painfully evident that persisting with him was wrong.

The Norwegian’s entire time, and particularly the last few months, represented the nadir of this. It seemed a perpetual attempt to recreate the past by rote rather than fashion something new by intelligent design.

So much of it felt like a tribute act, the displays of a club operating on nostalgia more than anything else. That could be heard in so many of Solskjaer’s references to the past, right down to one of his last lines in the job. As Claudio Ranieri wished him well in front of the media after that fateful final defeat to Watford, Solskjaer wistfully repeated the first few words of Eric Cantona’s famous line. “When the seagulls follow the trawler…”

It is all the more ironic and self-defeating since so much of the discussion in Ferguson’s last years was about avoiding exactly this. United instead fell into every trap, and then some new ones.

They didn’t just repeat the mistakes they made after Busby, or that Liverpool made in the 1990s. They made entirely new errors, many of them as a unique consequence of the social media age.

When nostalgia is such an easy sell, and superficial echoes of the past get such an emotional response, it can be something you buy into too much – especially when you aren’t actually winning.

United became engulfed by their own notions of exceptionalism, rather be guided by exceptional standards.

The problem is that not even that level of mythologising can escape the reality of results.

That was proven by how the Watford game ended with even United’s famously loyal away fans abusing Solskjaer.

They were still, after all that, just a football club winning and losing matches. No amount of mythologising could escape that.

They are now, at least, a football club who have appointed one of the finest visionaries in the modern game.

Rangnick will change the culture because he will start to change minds. He is that much of a force.

It should be acknowledged that is also one reason why he was “only” at Lokomotiv Moscow and why such a vaunted figure has spent so little time working at top clubs. Ragnick is notoriously demanding, and that naturally applies to negotiations, too. He wants levels of authority clubs are usually unwilling to grant.

The main reason this took so long, and Solskjaer wasn’t replaced sooner, was because Rangnick wanted to be guaranteed a position in the summer after this interim role. United eventually got around that in discussions over the last few days by creating a consultancy role.

That is astute, and only adds to the sense that this is the most enlightened decision the club have made since Ferguson retired.

Many who know Rangnick think it will go much further, purely because of the effect he will have.

He will bring the United players up to speed with the modern game, quite literally.

Much has been said about Rangnick’s ideology, but the best illustration of how it works comes from the training pitch. His coaches set drills so groups without the ball have to win it in five seconds, and groups with it have to score in 10. A countdown clock is used to increase the pressure, so that the exercises “attack the nerves”.

The rationale comes from the work of psychologist Ivan Pavlov, and scores of scientific research of what works best in football.

“It’s based on classical conditioning, like Pavlov’s dog,” one of Rangnick’s Leipzig coaching proteges, Alex Zorniger, explains. “That you are thinking faster than the opponent, so you can handle situations faster than the opponent. The idea is that it becomes almost like slow motion for you. What to do when you lose the ball becomes second nature.”

This is a world away from anything United have done under Solskjaer but also Moyes, Mourinho and – to a lesser extent – Van Gaal.

It is also the modern football world.

There have been comments that the indulged United stars just won’t take to this. “Good luck getting them to press,” has been one line. Those more familiar with how the squad works caution against such arguments. This is not Paris Saint-Germain. The biggest personality, Cristiano Ronaldo, is generally hugely professional on the training pitch.

Beyond him, sources say it is mostly a squad now hungry for coaching; for something modern. They’ve been starved of it. They’re ready for something different.

Rangnick will also offer alternative ways at looking at positions.

This was what again impressed figures like football director John Murtough in discussions. Rangnick painted a picture of how his ideal moves would look, how specific United players can fit into certain attacks.

Rangnick will essentially be embedding a new philosophical foundation. A little like the way people at Bayern Munich say Van Gaal did before Pep Guardiola, it will make the players more primed for what comes next.

As to that, Ajax’s Erik ten Hag is far closer to Rangnick’s approach than Mauricio Pochettino. The Independent has similarly been told United like how the Dutch coach works in a structure, rather than demanding to be “the manager”. It would start to divert the club along those lines.

It is undeniably an abrupt new direction for United.

It is the most interesting move they’ve made in years.

“It shows they’re to be taken seriously again,” one football figure connected to a rival said.

It is why, even if Rangnick doesn’t stay in the role beyond May, his influence will go much further. It isn’t about him being the latest figure. It’s about putting in place the principles, a move to a new culture. 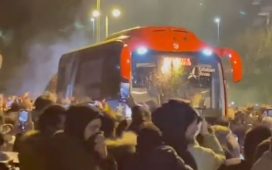