Raheem Sterling admits his desire to win the Premier League forced him to quit Liverpool .

The England star left Anfield for Manchester City in a £49m deal in 2015 as he became the most-expensive English player ever.

Sterling, 24, just turned down a huge offer from Liverpool to move to the Etihad and he faced huge criticism from the red half of Merseyside after completing the move.

Sterling’s decision has ultimately been justified though after playing a pivotal role in City’s back-to-back Premier League title wins.

And he admits his personal ambition was behind his decision to walk away from Liverpool.

Speaking to GQ magazine , in which Sterling is the cover star for August, the City forward said: “When I got into Liverpool I said if I haven’t won the Premier League by the time I’m 21 I need to look at my options and see what I’m doing there.

“I put that into place from a young age. And I came to City and won my first Premier League.

Sterling often faced negative press earlier in his career with many believing he made the move to City for the money.

He adds: “There was a point when I left Liverpool I actually thought, “Why should this little black kid have this money?”

“That’s at one point how I felt, the stories that were coming out…Why should he?”

City edged out Liverpool narrowly last term and boss Pep Guardiola is expecting another tough challenge from the Reds next season.

On his Spanish boss, Sterling added: ““He has challenged me, never let me be comfortable. Every year he has bought a new winger.

“He’s demanding, but it’s good. It makes you want to do better and – I don’t know how to explain this – makes you want to prove to him and show him every time you go on the field you’re playing for your position in his team, because of the numbers we have and the quality we have as well.” 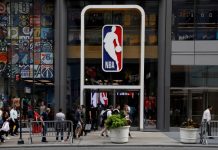 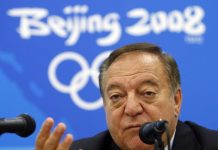