This being Australia, sporting schedules are at the mercy of broadcast partners, so we’re running a few minutes late. The two protagonists are on their way down into Rod Laver Arena now though, and we should be underway shortly.

If any stylists are watching tonight, there’s a couple of wealthy young men who could do with some tonsorial guidance. Thiem is rocking some questionable blonde streaks this fortnight like a 90s Europop backing dancer. “I had one day off in Miami, I went to the hairdresser and that’s it,” he said preseason. “I really love the hairstyle now, even though many people around me don’t.”

Nadal has a 9-6 win-loss record against top-ten opponents in the past year but Thiem’s record is near identical at 9-5, suggesting he is at home on the big stage.

Thiem is ranked fifth in the world across all surfaces, but on hard courts over the past 52 weeks that rating drops to eight, Nadal is No 1 overall as well as on tonight’s blue rebound ace.

Thiem’s record may make him look like a clay court specialist but his performances on hard courts are on the improve. He won his first Masters title at Indian Wells last year, and finished runner-up at the ATP Finals in London, knocking off Novak Djokovic and Roger Federer in the process. He is learning to become more aggressive and use more of the court, instead of trading blows from the baseline.

Head-to-Head: Nadal leads the duel 9-4, a record that includes consecutive French Open final victories. Curiously, they’ve only met once on a hard court (12 of their 13 matches have been on clay) and that was a classic five-setter in the 2018 US Open quarter-finals.

Also, if you missed this from yesterday, it’s a heck of a story.

Before we get stuck in, a quick look at what happened earlier in the women’s singles. It’s been a typically open tournament but two of the top four seeds remain while three of the semi-finalists have grand slam winning pedigree.

Weather: It’s been the hottest day of the tournament so far and temperatures remain in the low 30s C although as night falls they will drop steadily towards the low 20s.

But be warned, today was a warm-up (pun intended). Tomorrow will push the high 30s for the first time this fortnight while Friday will likely hit an ugly 40, accompanied by roaring northerly winds. Unpleasant.

A bit of everything is in store for Saturday, meaning the women’s singles final will likely be under cover. Then, because Melbourne is ridiculous, the men’s final on Sunday will be a chilly affair, with temperatures in the teens, kept down by blowy south-westerlies.

Hello everybody and welcome to live coverage of the last quarter-final of the men’s singles draw of this Australian Open. World No 1 Rafael Nadal takes on fifth seed Dominic Thiem at 7.30pm local time (8.30am GMT).

When Australia’s apocalyptic skies dominated the news cycle on the eve of the year’s first grand slam there was a sense of foreboding around Melbourne Park. Since then the skies have cleared and events on court have proceeded in an orderly fashion.

In the men’s draw, of the five men left standing only one – Alexander Zverev – is not ranked among the top five, but even he is still seeded seven, and arrived at last year’s event ranked fourth. The pair of favourites, Nadal and Novak Djokovic, have dropped just one set apiece.

Fortunately Roger Federer has been on hand to provide enough drama to make this a memorable championship. If tonight’s match is half as engrossing as Federer’s miraculous escape from the clutches of Tennys Sandgren yesterday then we are in for a treat.

Nadal has grown into his Australian summer after looking below par during the ATP Cup. His trademark steely determination was on display against Nick Kyrgios in round four.

Thiem was taken the distance by wildcard Alex Bolt in round two. Since then he has hit his straps and looked particularly impressive last time out against the dangerous Gael Monfils. This is the furthest the Austrian has even journeyed at this event.

Both men are at home on clay, not hard courts, so expect plenty of long baseline exchanges. The Australian sun has shone brightly today so any war of attrition suits Zverev, who awaits in the semi-final after he overcame a sluggish start to down Stan Wawrinka earlier.

This is always more fun if you join in, so feel free to share your thoughts via email jonathan.howcroft.casual@theguardian.com or Twitter @JPHowcroft.

Mbwana Samatta: 'I wanted to play like Drogba, now I watch videos of Harry Kane' 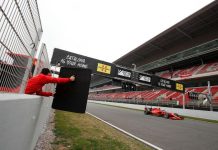