Rafael Nadal booked his spot in the quarter-finals of the US Open with a four-set win over Marin Cilic and then expressed his disappointment that his great rival Novak Djokovic was booed off court.

The Spanish world No. 2 dropped a set for the first time in this tournament but ultimately was too strong for 2014 champion Cilic, winning 6-3 3-6 6-1 6-2 on Arthur Ashe.

A night earlier, defending champion Djokovic retired from his fourth-round meeting with Stan Wawrinka when two sets and a break down and was booed off the court.

While Nadal didn’t watch the match, he was unimpressed to hear the 16-time major winner was treated so unfairly by the New York crowd and backed his decision to cut the match short.

‘Well, no, I really believe that he doesn’t deserve of course,’ Nadal said. ‘I believe that he’s a super athlete. If he had to go is because he was not able to continue at all.

‘For him is much more painful than for anyone on that Arthur Ashe Stadium.

‘He missed an opportunity to win another Grand Slam, playing on one of his best surfaces for sure, hard, coming after winning Wimbledon. Have been a good opportunity for him.’

The door has now been opened for Nadal to win a 19th Grand Slam title, which would see him move just one major behind fellow ‘Big Three’ member Roger Federer.

But the second seed will not get too far ahead of himself and believes Diego Schwartzman – his next opponent – will be a serious threat.

‘He is one of the most talented players on our tour,’ Nadal added. ‘He has everything, amazing control, amazing speed. He has the ability to read very well your shots and to understand very well the game. Is not a surprise he is there.

‘Before the match, I know people can think that Zverev was favored before that match. Honestly for me, today, Schwartzman was favored. Schwartzman, I saw him play a couple of matches during this tournament, he was playing great. Sascha [Zverev] played two matches, two or three matches close. Physical issues always I think. The other arrived fresh and playing amazing.

‘But today Diego is playing unbelievable. I need to play my best in the next round to have the chance to be in that semifinals. But the match of today I think helps.’

Can you bet on the virtual Grand National and who are the runners? 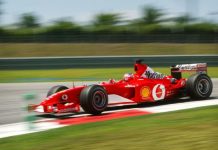 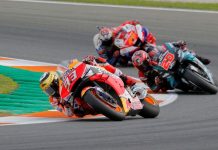