Rachel Roddy's recipe for orzo with peas, herbs and parmesan | A kitchen in Rome


Damp, green and majestic clefts of rock, a wrong turn and a demonic row: the common denominators of every single car trip to meet a food producer are that we get lost and have a terrible argument. So common, and I think a cardinal sin of travel and food writing, that most of the time I skip them like an unwanted song on a playlist, ignoring the car savagery in the same way I do bills in our clear-fronted post box in the communal lobby and the iceberg in the freezer.

However, if I am going to talk about one particular trip to an olive oil maker in Abruzzo called Tommaso Masciantonio, it would be a lie by omission not to mention how fantastically lost we got, and how hard we blamed each other. Also, because our savagery somehow suited the landscape at the foot of the ominous Maiella mountain range, especially at dusk in late October. It was one of my first writing commissions, and I could feel my plans shrinking with the light and lateness. We had already missed the chance to see the olive groves, and were about to miss the pressing, too. And the car was even more exhausted than us. We really were about to give up when we smelled it, like concentrated grass cuttings. Someone was burning wood as well, which is always melodramatic. But it was the grass-like smell that pulled us and told us we were there, as was Tommaso, with his immaculate, stainless-steel rollers.

Last week I wrote about traditional cultivation but modern pressing, and Tommaso is one of the best examples of this, which is why he is so respected: a compass for other makers. His extra-virgin olive oil is exceptional in every way, a fact confirmed in competitions year after year. It is also expensive. At the time, I thought it was ridiculously expensive, because my brain was still hardwired to think of olive oil as a kitchen staple, much like flour or sugar. It wasn’t that I thought it should be cheap; I just didn’t align it with a cost at all, and certainly not in the way I would with chicken, or fish, or other foods and chains of production that don’t come cheap (and if they do, someone is probably getting very rich, and many more poorer).

It is another cardinal sin to have a food epiphany, but I had one anyway, standing looking at the spouting green; then I had another in my kitchen with the prized oil. It is a paradox that extra-virgin olive oil does not taste oily, rather like liquid herbs (thank you, Johnny Madge), so much so that it feels hot, essential and bitter. And while it isn’t oily, it is, of course, fat, the foundation and finish of almost everything I eat, and the most important flavour, seasoning and ingredient. And suddenly it isn’t looking so expensive after all, even with our small kitchen budget. Leaving aside Tommaso’s, which I can afford only very occasionally, a €12-14 bottle of extra-virgin olive oil is actually good value, working out at about 20 cents a tablespoon for the most important ingredient in the kitchen.

Olive oil is at the beginning, middle and end of this recipe, with frozen peas at the soul (you can, of course, use fresh).

Orzo with peas, herbs and parmesan

Pull the leaves from the parsley stalks, set them aside, then mince the stalks.

Away from the heat, put the olive oil, onion, parsley stalks and a pinch of salt in a deep frying pan or casserole. Put the pan on a low heat and let the onion soften gently, which will take about 10 minutes.

Add the peas and stir, add the orzo and stir again, then add the water or stock and bring to a lively simmer for the duration of the pasta cooking time, stirring every now and then. As the pasta cooks, it will swell, and the final consistency should be soft and swishy, so you may need to add a little more water.

Finely chop the reserved parsley and the mint leaves and, in the last minute of cooking, add to the pan. Pull from heat, beat in the parmesan, and serve with a zigzag of more extra-virgin olive oil.

From Naked Attraction to Love Is Blind: The couples who found lasting love on wild TV dating shows 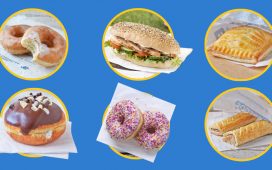 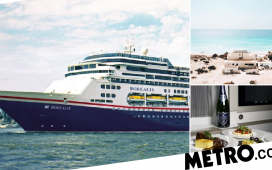 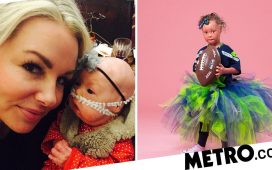 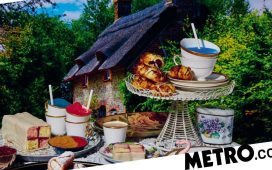 How to master the perfect picnic, according to an expert