achel Reeves today vowed to be Britain’s first “green chancellor” as she promised “an additional” £28 billion a year to tackle the climate crisis.

In her first party conference speech as shadow chancellor, Ms Reeves said she would commit an extra £224 billion over the rest of the decade to invest in new green technologies including battery factories for electric vehicles, offshore wind farms and more cycle paths.

Labour officials said the money would come from borrowing — although they stressed the party would stick to “strong fiscal rules”.

“As chancellor I will not shirk our responsibility to future generations and to workers and businesses in Britain,” she said, urging the Conservatives to match the spending pledge.

“No dither, no delay. Labour will meet the challenge head on and seize the opportunities of the green transition. We will provide certainty and show leadership in this decisive decade.”

With Labour leader Sir Keir Starmer desperate to draw a line under the Jeremy Corbyn era and prove Labour can be trusted to run the economy, Ms Reeves said the party would commit to balancing the budget and to reduce public debt as share of national income.

The shadow chancellor, who has only been in the job since May, said Labour would scrap business rates and carry out a sweeping review of tax reliefs although she has said the VAT exemption on food would not go.

She also insisted today that the party had no plans to look at increasing income tax, although Sir Keir yesterday suggested “nothing was off the table”.

Having opposed the Government’s plans to increase National Insurance to pay for the NHS and social care, which will raise £12 billion a year, she stressed Labour’s move to cut and then abolish business rates would be paid for initially by the UK’s digital services tax for online firms.

In future the move would be financed from the global minimum tax on multinationals agreed at the G7 meeting in June and which has been championed by US President Joe Biden.

Ms Reeves told BBC Radio 4’s Today Programme: “I have set out clear fiscal rules, that we will pay for day-to-day spending with tax receipts and that we will get our debt falling as a share of our national income. I will not make a commitment I can’t keep, I will not make promises that I cannot keep.”

The shadow chancellor also said today that “this is not the moment” to take big energy companies into public ownership — a commitment in Labour’s 2019 election manifesto.

“I would take a pragmatic approach,” Ms Reeves said. “I agree with Keir Starmer this is not the moment to look at nationalising energy companies. We lost the general election in 2019, it’s right we look at the policies.”

She also said people should be able to identify as a man or woman “whatever their body parts are” as Labour remained entangled in a row over trans rights.

Mayor of London Sadiq Khan today called for Labour to take on the mantle as the party for business — a title he said had been “vacated” by the Conservatives. He accused the Tories of being the “most anti-business Government in living memory” under Boris Johnson.

Keir Starmer should “do even more” to take on board the views of corporate leaders and small businesses, he said.

See also  Philip Hammond refuses to increase spending on No Deal planning in the Budget that would strengthen PM’s hand in Brexit talks
Share on FacebookShare on TwitterShare on PinterestShare on Reddit
newscabalSeptember 27, 2021 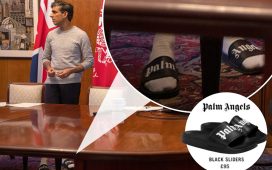 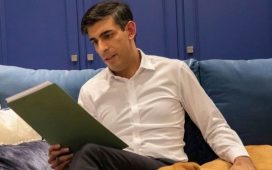 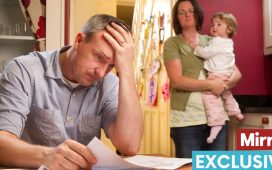