A Labour government would seek to “make, sell and buy more in Britain” with greater state procurement from domestic companies under plans set out today by Rachel Reeves, shadow chancellor.

Reeves said the procurement drive would come alongside an emphasis in the future on more high-skilled jobs in green, digital media and financial technology.

Labour had been braced for a weekend of recriminations or a leadership challenge if it had — as expected — lost the Batley and Spen by-election in West Yorkshire last Thursday.

Instead the party held on to the seat by a whisker, buying time for leader Sir Keir Starmer to get on the front foot and start to flesh out a compelling vision ahead of the party’s conference in September.

Labour has not yet set out much policy under Starmer, who became leader in April 2020 and who has instead concentrated on holding the government to account during the worst health crisis for nearly a century.

But the party’s national policy forum — which decides the next manifesto — is under way, with much of the heavy lifting expected from Reeves, a former Bank of England economist who became shadow chancellor in the spring.

Under the Reeves plan every public body in the country would be told to award more contracts to British companies, with a law requiring public organisations to publish details of how much they are buying from domestic suppliers.

The shadow chancellor cited the fact that only one UK-based company was shortlisted for £2.5bn of contracts for track and tunnel systems for the High Speed 2 rail line along with three other companies from overseas. She also noted how Gemalto, a French-Dutch company, has won the contract to make British passports in Poland.

Although the UK is free of EU procurement laws post-Brexit, its £290bn of annual expenditure still has to comply with certain agreements under the World Trade Organization.

The WTO’s government procurement agreement is designed to force all members to open up public purchasing to international competition.

The rules make it harder for Britain to build its new ‘trade yacht’, a planned £200m vessel to promote British interests around the world, without opening up the tender to international companies — although ministers intend to use an exemption for military craft by sticking guns on it.

Peter Ungphakorn, a former WTO official, said: “Unless Starmer, Reeves and the Labour party are interested in trampling all over Britain’s promises to the EU, US and other signatories, then their ability to implement this with any real impact on jobs is limited. To comply with the WTO agreement we’re talking about buying pencils, not building wind farms.”

But Reeves said Labour would seek to use the social and environmental “stretch clauses” in public contracts to tip the playing field towards British companies — arguing that this was done by other countries including France and the US.

“What it is about is changing the procurement framework so you can take into account labour standards, job creation in this country and environmental standards as well,” she said.

She said the plan was also consistent with the EU-UK Trade and Cooperation Agreement because its “Title VI” — which addresses procurement — says that “procuring entities may take into account environmental, labour and social considerations throughout the procurement procedure”.

A Labour government would also conduct a review of the pipeline of all big infrastructure projects to examine how to increase the proportion of materials from Britain.

Reeves said the Conservatives had offered “warm words” but had not prioritised giving UK companies greater access to government contracts.

“Labour will get our economy firing on all cylinders by giving people new skills for the jobs of the future here in the UK, bringing security and resilience back to our economy and public services, and helping our high streets thrive again,” she said. “That starts with our plan to make, sell and buy more in Britain.”

Labour rejected comparisons with Gordon Brown’s ‘British jobs for British workers’ slogan in the dying days of his premiership. The Labour prime minister was criticised for deploying the phrase in 2007 given that the practice was illegal under the EU’s freedom of movement law. 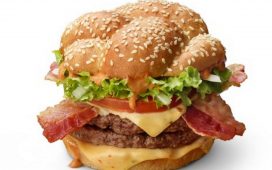 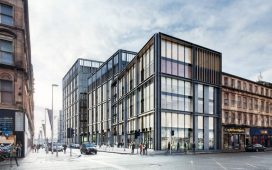 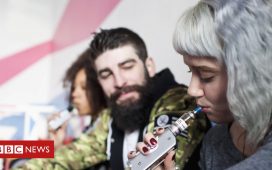 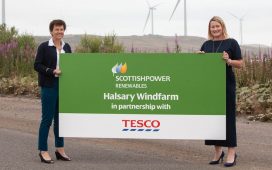