Good morning. Early this week many Britons received their first introduction to Peppa Pig World. Borisworld is even more peculiar, and only in this environment could a speech now labelled after a cartoon character provide the trigger for a debate about the dysfunctionality of central government. Many papers are still carrying articles about why Downing Street is performing so badly, and in the Guardian we report on the frustrations in the Treasury at No 10’s inept handling of important decisions.

Later Boris Johnson will have an opportunity to reset the narrative at PMQs. He will be hoping it goes better than last week’s, which was rather dismal.

This morning Dominic Raab, the justice secretary and deputy prime minister, was defending the PM on the airwaves and essentially his argument what was widely described as an amateurish and eccentric speech to the CBI on Monday was essentially just evidence of the PM’s “Tiggerish” personality. Raab told Times Radio:


The prime minister is on great form …

The prime minister is an ebullient, bouncy, optimistic, Tiggerish character and he livens up his speeches in a way that few politicians past and present have done but actually there is a steeliness to him as a prime minister and indeed his team, and we work as a team.

In an interview with the Today programme, where he made a similar argument, Raab also said:


We are building back this country stronger, better, fairer, and [Johnson, in his Peppa Pig speech] wanted to make that point about the optimism that defines this country, both domestically and abroad.

We do too much, frankly, self flagellating in Britain. It’s partly the result of the Brexit debate. I don’t want to get dragged back into all of that. But we’ve got a huge amount going for ourselves and I think that’s the essence of what this prime minister reflects.

9.15am: Senior DWP officials give evidence to the Commons work and pensions committee on universal credit.

9.30am: The Cold Chain Federation, the Road Haulage Association and Logistics UK give evidence to the Commons transport committee about the road freight supply chain.

11am: Northern mayors and council leaders hold an open meeting in Leeds to discuss the integrated rail plan.

2pm: Permanent secretaries from the Cabinet Office, HMRC, Defra, and the Department for Transport give evidence to the Commons public accounts committee about Brexit and border issues. 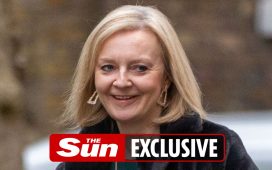 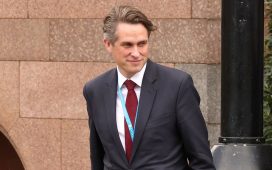 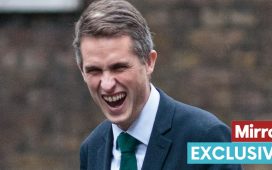 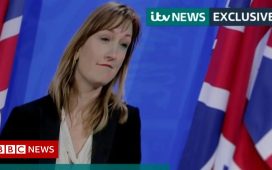