NEWSCABAL > lifestyle > ‘Quince challenged me’: how to cook, eat and enjoy seven of the world’s most difficult fruits
lifestyle

‘Quince challenged me’: how to cook, eat and enjoy seven of the world’s most difficult fruits


The Book of Difficult Fruit by Kate Lebo isn’t technically a cookbook. It’s a collection of personal essays about family, illness and nature, each linked to a different fruit that – over the years, warranted or otherwise – has developed something of a bad reputation. It is a beautiful read, and each chapter ends with Lebo’s attempts to make use of these under-appreciated foods. I spoke to her about eight of the fruits she includes, what makes them difficult, and what on earth you’re supposed to do with them.

The first time Lebo saw a quince, she took a bite out of it. And then spat it out. “The truth is that any quince worth its salt is so astringent that it will wick the water from your mouth,” she says. “It’s sour. It is very difficult to taste the fruity flavours through the astringency and the sourness. I was just so shocked and betrayed, but in a fun way. This fruit had challenged me.” She quickly learned that they are much more palatable cooked. “Quince can be the basis of a bunch of different sweet preserves,” she says now. “I will make jelly from quince, for example, and then I will save that jelly and stir it into a preserve that doesn’t have a lot of natural pectin; for example, a peach preserve. It doesn’t distract from the dominant flavour, but it adds this body that’s really lovely.”

Medlars were once known as “open-arse”, because the calyx looks a bit like an anus. If that hasn’t put you off, you should know that you cannot eat a medlar until it is rotten. This is a process called bletting. As Lebo writes, you need to lay the fruit out on baking trays in the dark for several weeks until they turn brown. “When you can split them open with a firm squeeze, they’ve bletted.” Finding something to do with the bletted medlars is another thing entirely. “We tried ketchup and jam, and ice-cream or whatever, and none of them were any good,” says Lebo. Finally, she discovered that the best thing to do was to simply boil them. “The boiled water, the boiled medlar essence, is delicious,” she says. “I don’t know another fruit that’s really like that, where the extract you get from it is more delicious and interesting than the fruit itself. Then, of course, I turned that into jelly and syrup, and it’s fantastic.”

The ume plum is difficult for a couple of reasons, says Lebo. First, they are astonishingly hard to come by fresh; Lebo unsuccessfully attempted to substitute them for greengages at one point. Second, the best way to eat them is in the form of umeboshi: pickled in coarse salt. A Japanese delicacy, umeboshi are eaten sparingly, perhaps on account of their salty, sour taste; a single batch can last for several years. “It goes so well with meat and sweet sauces,” she says. “If people can’t find ume, it’s worth trying with a small, unripe plum. The worst thing that happens is it gets mouldy or it tastes bad, and in either case you’re only out a couple pounds of plums and some salt.”

No list of difficult fruit would be complete without the durian, the fruit that – while popular in south-east Asia – smells terrible and tastes like onion custard to the western palate. Lebo persevered with durians, only to throw up her hands and admit that she would never truly enjoy eating them. Part of that was cultural, although she wanted to be absolutely sure that she wasn’t adding to the wealth of “white people who might try it, say, ‘This is disgusting’, exoticise it and then discard it”. Eventually, she blended it with condensed milk and popped it into an ice-cream maker. “Arguably delicious,” she says of the results.

“In a lot of ways, chokeberry is a more real name than what it’s called right now, which is aronia,” says Lebo of this small dark swamp fruit. The name “chokeberry” originated because it has an intense “tannic, puckery, ferment”. It’s also high in antioxidants: “Another example of so-called healthiness going hand in hand with not tasting very good,” she says. Anyway, you can make smoothies with them.

Blackberries are difficult, according to Lebo, because they are highly invasive. “I would say it’s as ever-present as grass in the western part of the Pacific Northwest,” she says. “While this plant is offering something sweet for part of the year, it’s also taking over our natural spaces and drowning native species.” You already know a thousand things to do with blackberries, but The Book of Difficult Fruit recommends a blackberry shrub; a type of drinking vinegar made by putting blackberries, apple cider vinegar, honey and cardamom in a jar and leaving alone for a few days.

Thimbleberries have the exact opposite problem to blackberries. This fruit, a tiny bright red micro-raspberry, is difficult because of how vanishingly non-invasive it is. “The fruit itself is sweet and very, very easy to gather once you find it,” says Lebo, “but it’s impossible to find.” It is most common in Lebo’s home turf, the Pacific Northwest, and even then she admits that you cannot find them in enough quantities to make a pie. All that, plus they keep terribly and are prone to disintegration. As such, Lebo advocates eating them right off the bush whenever you find any. And, she points out in the book, the leaves make an excellent impromptu toilet paper.

The Book of Difficult Fruit: Arguments for the Tart, Tender and Unruly is published on 1 April (Pan Macmillan, £14.99). To order a copy, go to guardianbookshop.com. Delivery charges may apply. 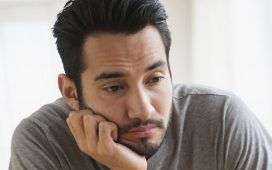 'My new wife has taken a lesbian lover – do I work through it or call it a day?' 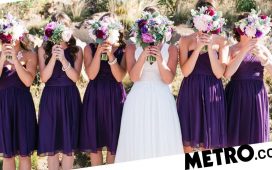 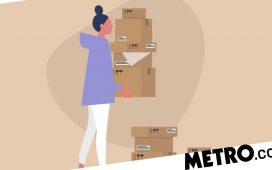