Queer Eye star Karamo Brown has called it quits from his fiance Ian Jordan after 10 years together.

Karamo, 39, shared details from the split during an appearance on The Ellen DeGeneres Show, where he revealed they parted ways three months ago.

The couple became engaged in 2018 after eight years together, but Karamo realized a separation was necessary after a recent re-evaluation of their busy relationship. 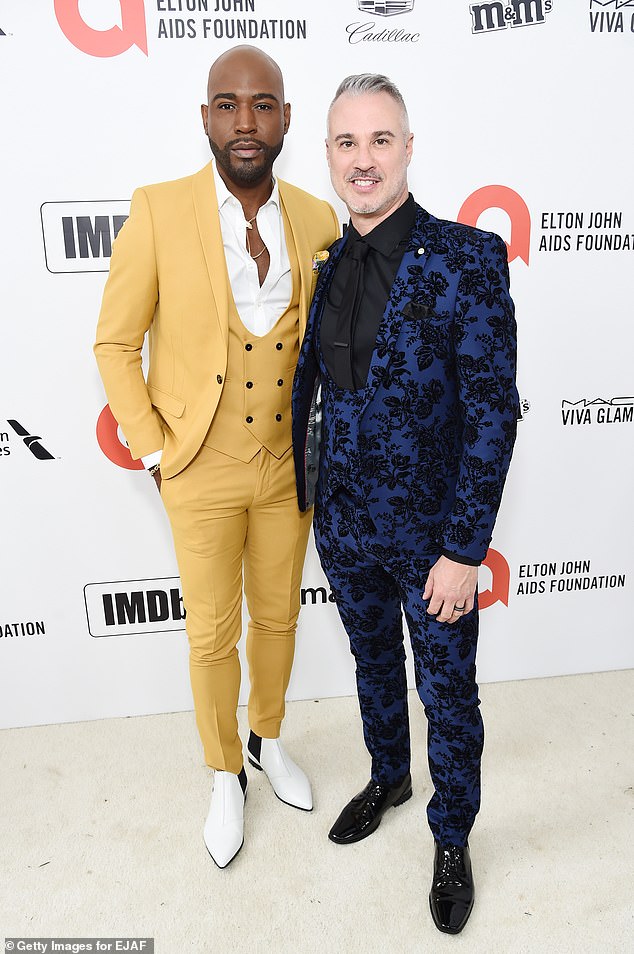 It’s over: Queer Eye star Karamo Brown has called it quits from his fiance Ian Jordan after 10 years together (pictured February 2020 in West Hollywood)

Initially, Karamo and Ian were set to wed this summer, but the coronavirus crisis forced them to delay the nuptials.

‘It was postponed because of the pandemic, but now it’s actually postponed officially, ’cause my fiancé and I, we were together for 10 years, and we broke up about three and a half months ago,’ Karamo explained to guest host Stephen ‘tWitch’ Boss.

‘We were distracted by so much — with the kids, and our careers — that during that time, I had to really say, “How is our communication? How is other parts of our lives? Are we growing in the same place?”

‘You know, we’re not 20 anymore, so it wasn’t just, “Oh, I’m not going to text you anymore” — it was like, we have a family and a home. How do we separate this? And it was hard. We went to virtual counseling, we did a lot of things.

‘But eventually I was like, this is a moment where I need to decide, is my happiness important? And once I made that decision, I said, you know, we are going to have to break up.’ 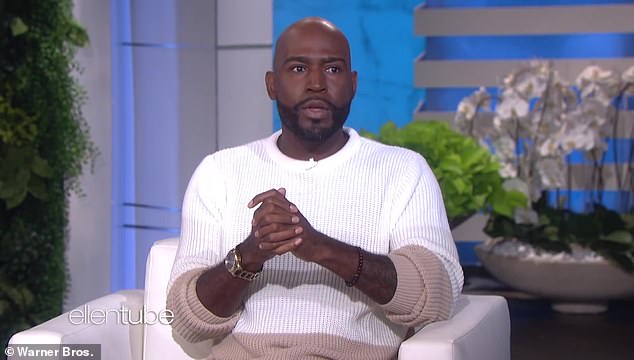 Open book: Brown shed light on the split during an appearance on The Ellen DeGeneres Show 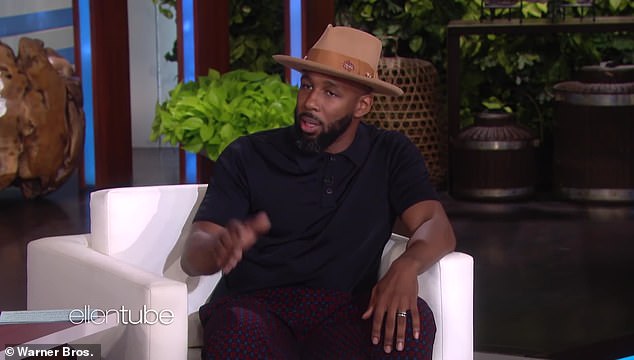 The host with the most: Guest host Stephen ‘tWitch’ Boss sat in for Ellen

The exes remain good friends after their unfortunate split, which was not brought on by infidelity.

‘There was luckily no cheating, so we’re good friends,’ the Netflix star clarified.

‘It’s very nice when it’s like, “I still love you and support you,” and I want him to be happy, he wants me to be happy,’ he continued. 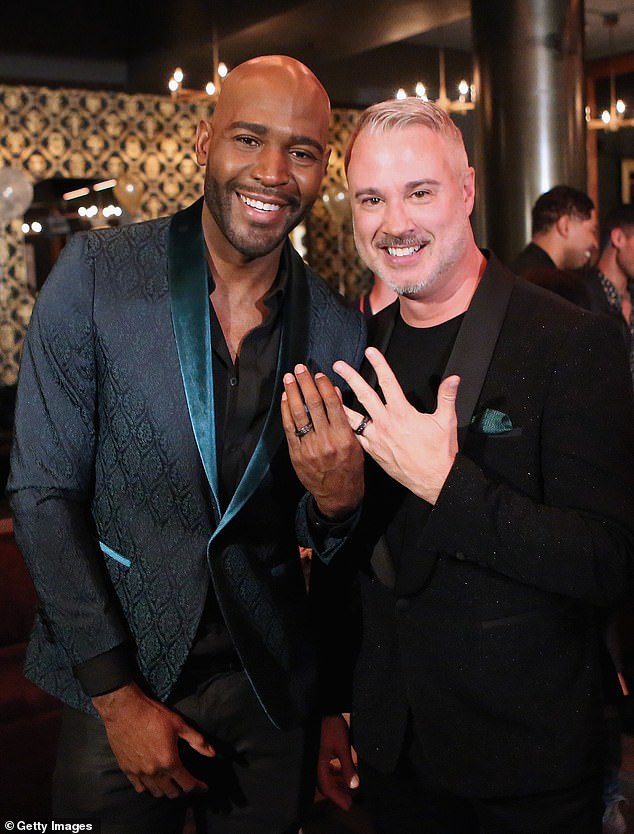 He put it a ring on it! Brown popped the question to Jordan in 2018 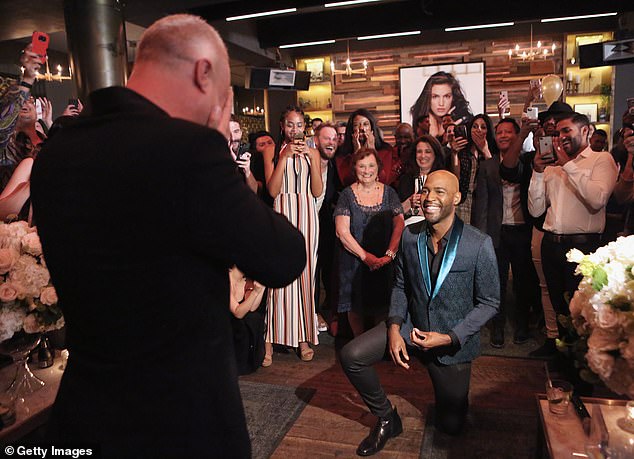 He said yes! Ian was beside himself as Karamo asked for his hand in marriage during a surprise birthday party

Karamo proposed to Ian during a surprise birthday party in 2018.

The couple were celebrating Ian’s 40th birthday in West Hollywood when Karamo dropped down to one knee and popped the question.

‘You are the funniest man I know, the kindest man, my biggest cheerleader,’ Brown told Jordan, according to ET.

‘You make me feel like I can do anything. I hope that we can conquer the world together for the rest of our lives.’

A father of two, Brown has son Jason, 23, with high school friend Stephanie Brooks, whom he had a single sexual encounter with at age 15. 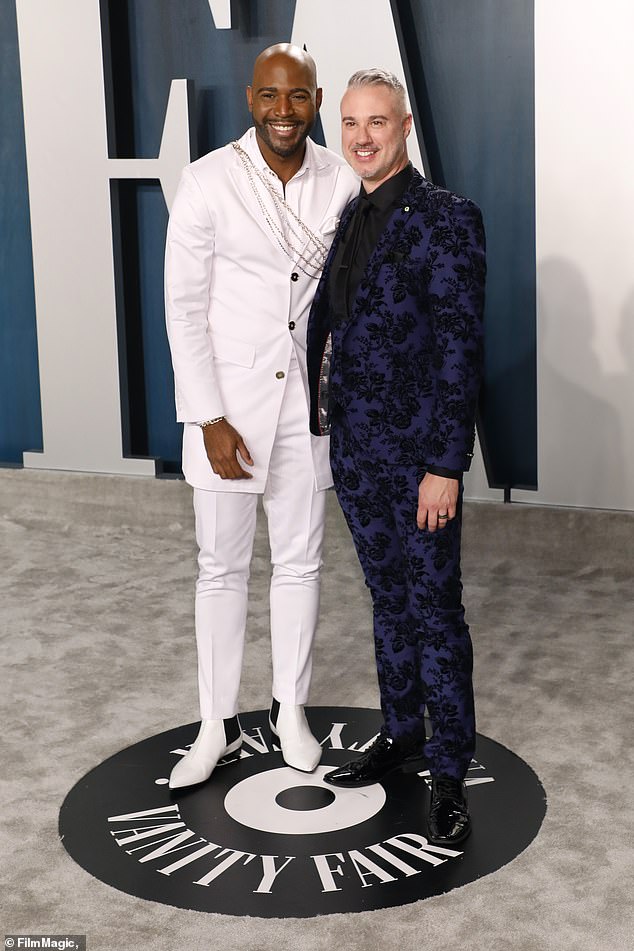 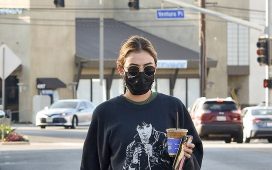 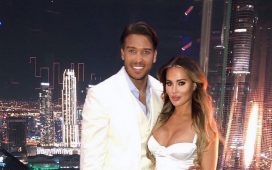 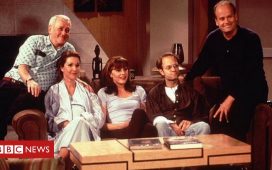 Hit TV show Frasier to be revived after 20 years