he Queen’s decision to urge people to get vaccinated against Covid is “hugely helpful” to the UK’s roll-out programme, a health expert said today.

Professor David Salisbury, a former head of immunisation at the Department for Health, told BBC Radio 4: “It’s hugely helpful to have said so clearly that there are two beneficiaries from immunisation: yourself and others.”

London has delivered two million jabs but the latest data show a wide disparity between boroughs, with Tower Hamlets, Hackney, Newham and Westminster having vaccinated far fewer than Harrow, Hillingdon and Havering.

This is partly explained by Tower Hamlets, where 13.4 per cent of the population (34,656 people) had a first dose by Sunday, having fewer older people in the priority groups. Harrow has given a first dose to 73,109 people, 37 per cent of its adults.

Dr Nicola Jones, lead GP in Wandsworth, said it was a “real concern” that black people accounted for only 7.5 per cent of those being vaccinated, despite accounting for 13.7 per cent of the borough’s population.

The Joint Committee on Vaccination and Immunisation said today that the vaccine programme should continue to be based on age rather than prioritising key workers at greater risk of infection as it was the best way to reduce the risk of death or serious illness when roll-out reaches the under-50s.

But it said the uptake of the jab should be promoted in BAME and deprived communities, and the clinically obese.

Meanwhile, Mayor Sadiq Khan was today expected to end the “major incident” he declared on January 8 when the capital’s hospitals were “on the cusp of being overwhelmed”. 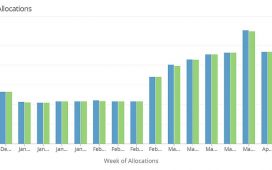 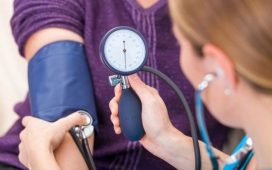 How to reduce blood pressure – 10 tips for healthy BP 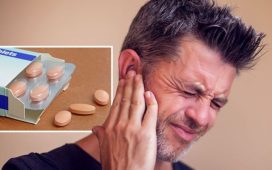 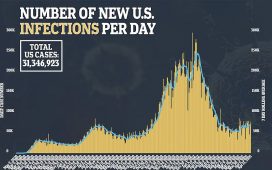