THE Queen will sit alone at Prince Philip’s funeral after arriving in a Bentley with her Lady in Waiting, it was revealed tonight.

Her Majesty will be joined by her trusted companion on her way to the service on Saturday but will sit by herself when she gets to the St George’s chapel in Windsor.

The National anthem will also be played as guests arrive.

But the Palace hasn’t yet said who will accompany the Queen – and it’s understood they won’t form a part of the 30 guests at the ceremony itself.

Only a handful of the Duke of Edinburgh’s closest family will be attending the gathering due to strict Covid rules.

All mourners will have to follow guidelines and remain socially distanced during the service.

Leading the procession to the chapel will be the Band of the Grenadier Guards, followed by the Major General commanding the Household Division, service chiefs, the Duke of Edinburgh’s coffin borne on a custom-built Land Rover hearse, members of the royal family on foot, Philip’s household staff, and finally the Bentley carrying the Queen.

Royals were have to wear masks and stay apart from each other during the service.

More details about the funeral were revealed tonight including:

She will leave at around 2.44pm in time for the service, which will begin at 3pm after a minute of silence.

On Saturday morning the Duke’s coffin will be moved in a ceremonial procession from the State Entrance of Windsor Castle, to St George’s Chapel.

The Queen’s ladies-in-waiting are aides personally chosen by the monarch, and have a range of duties – both private and personal matters for the Queen and her correspondents.

Many have worked for her for more than 50 years and act as both friends and loyal assistants.

Around 20 members of her staff have been dubbed HMS Bubble and have attended to Her Majesty and the Duke of Edinburgh for the past year during lockdown.

MERK YOUR MIND UP! 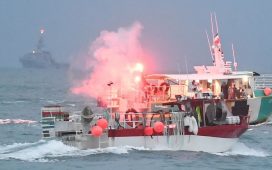 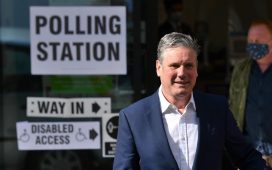 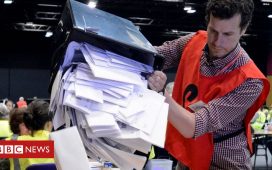