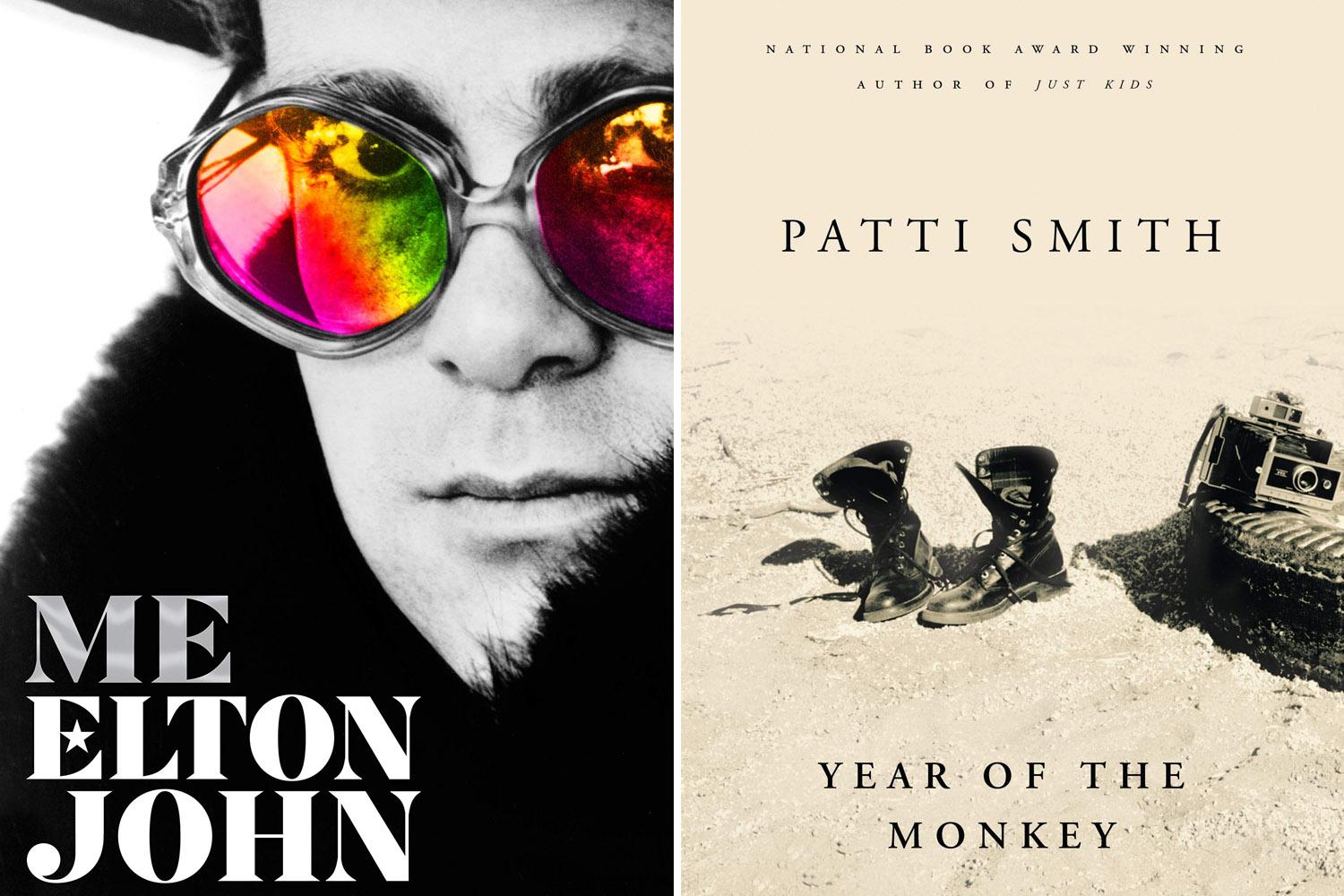 Writing a memoir has become as predictable a part of a pop career as playing your best album track by track on tour and consuming more drugs than the South Wing of St Thomas’ Hospital. This year a few musicians indicated that, as album sales figures fade, this typing lark isn’t just a one-off. Dance producer Moby and Suede frontman Brett Anderson both published second instalments of their autobiographies. Tim Burgess of The Charlatans and punk poet Patti Smith examined their own lives for the third time.

In One Two Another (Constable, £20) Burgess explains the inspiration for his lyrics line by line, while Smith, in Year of the Monkey (Bloomsbury, £12.99) dwells on mortality as she reflects on reaching 70.

Both Moby’s Then It Fell Apart (Faber, £14.99) and Anderson’s Afternoons with the Blinds Drawn (Little, Brown, £18.99) offer what most people principally desire from a music book: to witness an egomaniac’s self-destruction in excruciating detail. Moby does it with extra name-dropping, though he has found himself in hot water for claiming a dalliance with a teenage Natalie Portman without checking the details with the actress first.

He typically opens his brief, timeline-hopping chapters with an eye-catching line such as: “I was washing down my second hit of Ecstasy with a glass of champagne when Richard Branson introduced me to Mick Jagger.” Even Donald Trump makes a cameo, when Moby brushes his exposed penis against the future president while playing his party-dare game “knob touch”. But naturally, he’s miserable on the inside.


Anderson, meanwhile, dissects his more outwardly visible unhappiness as he takes coke and struggles with Suede’s shrinking relevance during the rise of Britpop. Unlike Moby he maintains dignity with thoughtful prose and doesn’t drop names (even when he’s clearly slagging off Damon Albarn and Blur he won’t use the B-word) but after his childhood recollections in last year’s Coal Black Mornings, this is the period that will fascinate fans the most.

Some even bigger names went down this route too, most notably Elton John in the riotous Me (Pan Macmillan, £25) and Debbie Harry in Face It (HarperCollins, £20). Rather than setting any records straight, John delights in admitting: “I’m perfectly aware how ridiculous my life is,” and packs his book with tales of private-jet hissy fits, snooker-table sex and losing Michael Jackson at lunch.

Harry is much cooler, and as a result gives less away in a book packed with pictures of her iconic pout. Nothing fazes her, including a few incidents which might have been covered very differently in the time of #MeToo. Forty-year-old jazz giant Buddy Rich propositions her when she is 12, David Bowie flashes her — which is “adorable” — and she is raped by a burglar, but professes to be more concerned about the guitars he stole. She admits that she has a persona: “My Blondie character was an inflatable doll but with a dark, provocative, aggressive side.” Perhaps she needed it to survive.

Two other books explore women’s current status in the music industry. Amy Raphael’s A Seat at the Table (Virago, £14.99) offers a sequel to her 1995 collection Never Mind the Bollocks: Women Rewrite Rock with a new set of interviews with musicians such as Kate Tempest, Nadine Shah and Christine and the Queens. Issues such as internet trolling show that each era has its own problems.

The Costa Book Awards shortlist for 2019 has been announced


Fangirls by Hannah Ewens (Quadrille, £14.99) looks in another direction, spending time in pavement sleepovers with the teenage girls who feel most passionately about pop music, treating their obsessiveness with a warm respect which it has not previously been granted. Are you a true fan if you’ve never screamed so hard at a concert that your lung collapsed?

The world of British rap seems uninterested in exploring the craziness of music stardom. Last year, Stormzy’s Rise Up turned out to be less memoir, more manual for starting your own business. Similarly, Rapthology: Lessons in Life and Lyrics by Tottenham’s Wretch 32 (Heinemann, £14.99) is a worthwhile tutorial in how to write lyrics. “If what you’re after is a celebrity memoir, full of glitter and sleaze, you’ve got the wrong book,” writes the respected wordsmith. “Everything I tell you is in service of songwriting.”

Which leaves the memoir that might have been. Prince’s The Beautiful Ones (Century, £25) would certainly have been a literary blockbuster if he hadn’t died in 2016, having barely started writing it. What has been published instead is the brief passage about his childhood that he did write, a scrapbook of intimate photos, handwritten lyrics, his treatment for the Purple Rain film, and an account of the elaborate process of being chosen to help with the book by the Paris Review journalist Dan Piepenbring. It doesn’t leave us with a clear picture of the man, which might be how the great enigma would have liked it.

Countdown to Christmas smiling with our ultimate feelgood advent calendar