Hundreds of thousands of pro-democracy demonstrators have taken to the streets of the Sudanese capital Khartoum and other major cities demanding full civilian rule just days after a sit-in was launched calling for a return to military government.

Images posted on social media showed vast crowds marching in different parts of the Sudanese capital in protests to reject military rule as the crisis in the country’s troubled transition from authoritarian rule deepened.

The military has shared power with civilians in an increasingly frayed transitional sovereign authority since a popular uprising removed President Omar al-Bashir after three decades in power.

At least one Sudanese journalist was reportedly shot in the head while covering the protests, which came amid mounting tension over the country’s faltering democratic transition.

A Guardian correspondent identified the shot journalist as Ahmed Hamdan, who was hit in front of the parliament building in Omdurman.

According to some estimates, participants numbered in the hundreds of thousands. Protesters in Khartoum’s twin city of Omdurman were met with heavy tear gas to prevent them from crossing a key Nile bridge leading to central Khartoum. Plumes of smoke could be seen across the city as protesters burned tyres and waved Sudanese flags.

The demonstrations on Thursday were organised by Forces for Freedom and Change (FFC), the civilian umbrella coalition that led the movement to topple Bashir.

A splinter faction of the FFC, aligned with some rebel groups and political parties, has aligned itself with the military, which has accused the civilian parties of mismanagement and monopolising power and is seeking to dissolve the cabinet.

Many chants were critical of the head of the ruling Sovereign Council, Gen Abdel Fattah Al-Burhan, accusing him of being loyal to Bashir.

Seraj Omer, a 32-year old musician and activist from Khartoum, told the Guardian he was protesting “ to support the power of people and civilian power”.

The relationship between the military generals and Sudanese pro-democracy groups has deteriorated in recent weeks over the country’s future.

Sudan has been ruled by an interim civilian-military government since 2019. With Bashir toppled, the ruling generals agreed to share power with civilians representing the protest movement.

The aftermath has been volatile.

“Let’s mark with our protests a new wave of popular uprising that will pave the way for a fully civilian and democratic rule,” read a statement by the Sudanese Professionals’ Association, which called for large rallies nationwide on Thursday. The group spearheaded the uprising that kicked off in December 2018 and culminated in Bashir’s ouster.

“October 21 is a lesson for any tyrants, loyalists or opportunists deluded into thinking they can turn back the hands of time,” wrote Sovereign Council member Siddig Tawer, one of several civilian officials who endorsed the protests.

Neighbourhood resistance committees said in a statement they were protesting the entire power-sharing agreement and demanded sole civilian rule.

Many businesses in central Khartoum were closed in anticipation of the protest and there was an extensive police presence. The military says it is committed to the transition to democracy and elections at the end of 2023.

Prime minister Abdalla Hamdok, who leads the cabinet under the military-civilian power-sharing agreement, remains popular despite an economic crisis. He has said he is speaking to all sides in the crisis in order to find a solution. 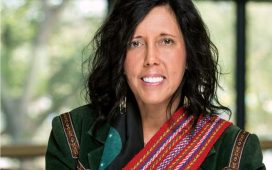 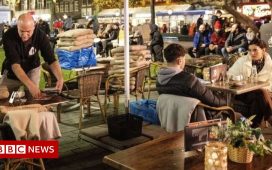