Activists at a demonstration outside the annual general meeting of HSBC in London have demanded the bank and other financial giants provide debt relief to African countries hit hard by the coronavirus pandemic.

In an attempt to highlight the role of private creditors in the debt crises of the world’s poorest countries, campaigners with “drop the debt” banners gathered outside HSBC’s AGM at the Southbank Centre.

“We’re here today because, although we’re in an enormous global pandemic, private lenders like HSBC are yet to meaningfully suspend or cancel any debt when other countries, even the IMF, have taken action,” said Eva Watkinson, head of campaigns at the Jubilee Debt Campaign.

The pandemic has dealt a huge blow to the economies of the developing world, pushing an estimated 150 million people into extreme poverty. But campaigners warn many countries, particularly those in sub-Saharan Africa, are unable to respond to the needs of their population in part because they are saddled with enormous debt repayments.

The international community has tried to ease the burden with a temporary freeze in payments offered by a G20 debt service suspension initiative, the DSSI, and a common framework to help countries defer or negotiate their debt. The International Monetary Fund and the World Bank have provided funds to governments in need of emergency finance.

But private creditors such as banks, hedge funds and asset management companies, who in some cases are thought to make up more than 40% of countries’ external public debt, have so far resisted calls to cancel any of it. The G20 framework, while it is intended to cover private creditors, cannot force them to participate.

Daniel Willis, campaigner at Global Justice Now, said: “Without private creditor debt cancellation, public finances in the global south and G20 debt relief are effectively subsidising loan repayments to vastly wealthy financial corporations … The IMF, World Bank and UN are increasingly vocal about the need for private sector participation, and if the banks aren’t willing to do that voluntarily, then clearly G7 governments will have to legislate to bring them to the table.”

Sophie Powell, Christian Aid’s campaign strategy lead, said: “HSBC is a household name here in the UK and around the world. What is much less known is that this major bank’s profits during the global pandemic are enough to vaccinate the entire African continent against Covid-19. Thousands of campaigners have emailed the CEOs of HSBC and other big banks to call on them to cancel these imprisoning debts for the world’s poorest nations, so they can use the money to save lives and address the crisis. Today we are sending HSBC another reminder.”

Ausi Kibowa of the Southern and Eastern Africa Trade Information and Negotiations Institute in Uganda said the human impact of the debt burden was clear. In the worst afflicted countries, he said, critical sectors of the economy like social welfare and health were underfunded, with a huge chunk of budgetary resources going to service debts: “The ordinary citizen is struggling to access healthcare at a time when the ordinary citizen needs social support, social welfare support,” he said.

Kibowa said governments then raised taxes and borrowed more on the domestic markets. This “crowded out” ordinary people and forced them to turn to money lenders with sky-high interest rates. Those who cannot afford to pay those rates, he added, “can’t access any collateral. They will just starve”.

Helen Haines on the need for a federal anti-corruption commission 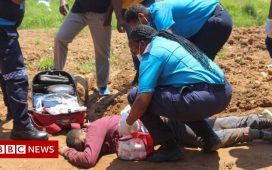 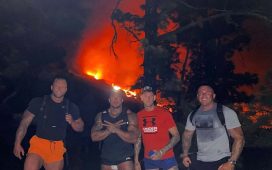 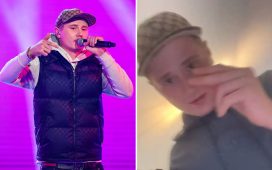