SERAP also threatened to take all appropriate legal actions grateful if the government failed to do the right thing within 14 days.

The group made this known in a statement issued on Saturday, calling on the president to “direct the Attorney General of the Federation and Minister of Justice Abubakar Malami, SAN and appropriate anti-corruption agencies to probe the funds, including N90,720,000 reportedly spent on software to track COVID-19 cases in the state.”

According to SERAP “if there is relevant and sufficient admissible evidence, anyone suspected to be involved should face prosecution, as appropriate.”

In the letter dated 27 March 2021 and signed by SERAP deputy director Kolawole Oluwadare, the organization said: “Directing the Attorney General of the Federation and appropriate anti-corruption agencies as recommended is constitutional, and would be entirely consistent with your promise in your inaugural speech to ‘ensure responsible and accountable governance at all levels of government in the country.’”

SERAP quoted Buhari as promising in his inaugural speech on 29th May, 2015 that: ‘The Federal Government would not fold its arms and close its eyes to what is going on in the states and local governments. It will ensure that the gross corruption at the local level is checked. For I will not have kept my own trust with the Nigerian people if I allow others abuse theirs under my watch.’”

SERAP stated: “As you have correctly stated, the obligations of your government to combat corruption in Nigeria extend to all the three tiers of government, namely, the federal, state and local governments.”

The letter, read in part: “Although primarily a matter of concern for Kogi State, the allegations of misuse of COVID-19 funds drawn from the Federal Government have assumed such a proportion as to become a matter of concern to the federation as a whole, and therefore, to your government.”

“SERAP is concerned about growing allegations of corruption and mismanagement of public funds in several of the 36 states of the Federation, and the apparent lack of prompt, thorough, independent and transparent investigations into these allegations, allowing suspected perpetrators to frequently escape justice.”

“Taking prompt action to probe the allegations would promote transparency and accountability, serve the common good, peace, order and good government of the federation (which includes Kogi State). It would help to enhance your government’s fight against corruption and contribute hugely to improving the public confidence and trust in your commitment to combat grand corruption.”

“We would be grateful if the recommended measures are taken within 14 days of the receipt and/or publication of this letter. If we have not heard from you by then, SERAP shall take all appropriate legal actions to compel your government to comply with our request.”

“Taking the recommended measures would also show that your government is concerned with the overall well-being of the federation and willing and able to enforce important constitutional principles.”

“According to our information, the Kogi State Government in 2020 allegedly spent N90,720,000 on ‘COVID-19 software.’ The software was reportedly approved by Governor Yahaya Bello, for tracking COVID-19 cases and prevent the spread of the disease in the state. However, the company that developed the software has reportedly stated that it costs only N300,000.”

“The software has reportedly stopped functioning just one year after it was installed. The N90,720,000 spent on COVID-19 software is part of the N4.5 billion donations, loans and support, which Kogi State reportedly obtained from the Federal Government.”

“Ensuring the investigation and prosecution of the allegations would also be entirely consistent with the provisions of section 15 subsection (5) of the Nigerian Constitution 1999 [as amended], which requires your government to abolish all corrupt practices and abuse of power, regardless of the state where such practices are taking place.”

“Section 15 specifically defines “government” to include the government of the federation, or of any state, or of a local government council or any person who exercises power or authority on its behalf.”

“Similarly, the Attorney-General of the Federation has power, conferred on him by section 174(1)(a) of the Nigerian Constitution, and anti-corruption agencies have the powers to act on the allegations of misuse of the N4.5 billion donations, loans and support by the Kogi State government obtained, including N90,720,000 spent on software to track COVID-19 cases in the state.”

“Our requests are brought in the public interest, and in keeping with the requirements of the Nigerian Constitution; the country’s international obligations including under the UN Convention against Corruption, and the African Union Convention on Preventing and Combating Corruption, as well as your expressed commitment in your inaugural speech on 29th May 2015 ‘to check gross corruption at the local level.” 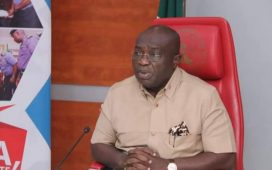 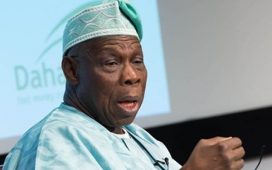 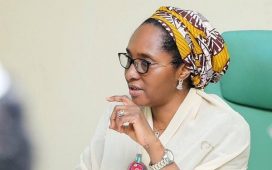