The League Of Legends European Championship (LEC) Spring Playoffs will be held at the LEC studio, marking the first time pros have been able to play in close proximity in over a year since the pandemic began.

It has been 370 says since the last time the esports players were on the main stage. Since then, they have been playing remotely from their own training facilities.

A statement from the LEC says: ‘We’re tremendously excited to welcome the league’s top teams back into the studio for what promises to be an explosive set of matches.

‘With that in mind, our teams’, staff, and partners’ safety is of the utmost importance to us. We are taking every precaution to ensure that everyone who enters the studio is as protected as possible, so you can enjoy every moment of a live studio Spring Playoffs.’

‘Playoffs provides us with a unique opportunity to return to the studio as only two teams will be required to be on-site per day.’

The LEC says all parts of the studio will be ‘thoroughly and regularly disinfected, and all persons not on-air will be required to wear masks at all times.’

Plus, anyone entering the studio must have an up-to-date negative Covid test. If one of the players tests positive, then they will still be able to play from their team facility.

There will be no in-person audience allowed at the LEC studio, and press will not be in attendance either.

In addition, this situation will not extend to the Summer Season. When play returns later this year with all 10 teams involved, it will revert to remote play only.

Most League Of Legends events in the past year have been held this way, mostly to great success.

The World Championship in China was an exception, where Riot Games successfully handled having multiple teams safely on site.


MORE : Call Of Duty esports legend Scump discusses his partnership with Oakley and the rise of gamer fashion


MORE : How much do esports players practice and what age do most athletes retire? 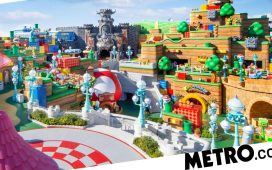