Sign up to myFT Daily Digest to be the first to know about Spire Healthcare Group PLC news.

UK hospital group Spire Healthcare has benefited from “unprecedented demand” as private patients seek to avoid the growing NHS waiting list by paying for their own treatment.

“An increasing number of people are choosing to pay for their care,” said chief executive Justin Ash. “There is a sea change in the market about going private. Because GPs are under so much pressure people are going online and booking a consultant. ”

The surge in demand during the pandemic helped Spire return to profit in the first half. Pre-tax profit for the six months to June 30 rose to £4.7m from a loss of £231m during the same period last year, while revenue increased by 40 per cent to £558m.

Private hospitals in the UK have traditionally depended on patients funded by insurance but Spire said the biggest growth was in self-paying patients, where revenues increased by more than 80 per cent on the second quarter of 2019.

Ash said it was not just the “super well-off” seeking treatment, although most were over 35 and had household income of £50,000 or more. Many of Spire’s patients had seen treatments or consultations cancelled by the NHS and were aware of the long waiting lists, he added.

“You can end up in a lot of pain and be told [by the NHS] that you can’t have surgery,” he said, adding that Spire was handling increasingly complex hip, knee and eye cases partly as a result of the treatment delays.

Private hospitals including Spire have signed a fresh agreement with the NHS that will enable trusts to continue to buy their services, although Spire said it was not yet clear how the extra £25bn earmarked for NHS England over the next three years would filter down to the independent sector.

“The big advantage for the NHS is that we are Covid secure — tested twice a week and have enhanced infection control,” Ash said.

As with most private hospitals in the UK, Spire relies on NHS consultants who perform the additional work in their spare time. But Ash said there was “no shortage of NHS consultants willing to work for the business”.

Last year most of Spire’s capacity went unused as its consultants were required to devote all their attention to the NHS. The government agreed to pay for the company’s operating costs — including rent, interest payments and staffing.

Spire, which has 39 private hospitals and eight clinics across the UK, said it had been affected over the summer as a rise in the number of Covid-19 cases forced staff and patients to self-isolate after being contacted by NHS Test and Trace.

The company expected the staff shortages and other Covid-related costs would be offset by “improvements in testing” and said it was confident full-year revenue would come in “materially above” levels reported in 2019.

Spire seemed set to be bought by Australian group Ramsay Health Care over the summer, with its board and advisers supporting the proposed transaction. Its shareholders did not, however, and Spire said on Thursday that it “remains well positioned for success as a standalone business”.

The company added that it had set up a second fund for more victims of disgraced breast surgeon Ian Paterson, who performed unnecessary or inappropriate surgery on hundreds of patients. Paterson has been jailed for 20 years and the company has said it will provide “ongoing support” to his patients. 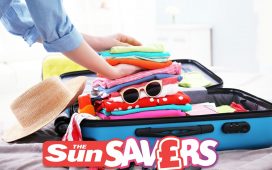 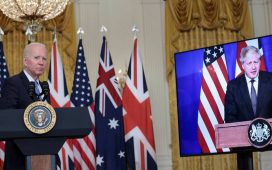