MPs have seized a cache of private Facebook documents in an “unprecedented” rare move as Parliament continues to probe the Cambridge Analytica scandal.

The documents kept secret by Mark Zuckerberg’s social media site are said to shed light on Facebook’s data and privacy controls before the massive breach was made public.

A US court has ruled they shouldn’t be published but a Commons committee is threatening to make them public.

According to The Observer they came to light when the boss of a US software company in possession of the cache visited the UK on business.

In a highly unusual move Parliament’s serjeant at arms was sent to the businessman’s hotel and he was given a final warning and a two-hour deadline to comply with the order.

When he failed to do so he was escorted to Parliament and warned he risked fines and imprisonment if the documents were not surrendered.

The firm is currently involved in court action against Facebook in the US.

“We’ve failed to get answers from Facebook and we believe the documents contain information of very high public interest.”

He said Facebook had some “very serious questions” to answer and accused it of misleading the committee over Russian involvement on the platform.

“It has not answered our questions about who knew what, when with regards to the Cambridge Analytica scandal.

Britain faces 32 DAYS of snow and ice over Christmas period

Is Meghan and Kate rift causing tension between Harry and William?

OP ‘VICTIM’ AT HEN DO

“We have followed this court case in America and we believed these documents contained answers to some of the questions we have been seeking about the use of data, especially by external developers.”

But Facebook told the paper: “The materials obtained by the DCMS committee are subject to a protective order of the San Mateo Superior Court restricting their disclosure.

“We have asked the DCMS committee to refrain from reviewing them and to return them to counsel or to Facebook. 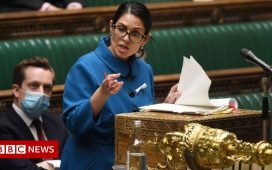