Draconian Police Bill is about state control, not law and order as Patel and Johnson seek authority to stop whoever they wish from protesting for whatever reason they dislike 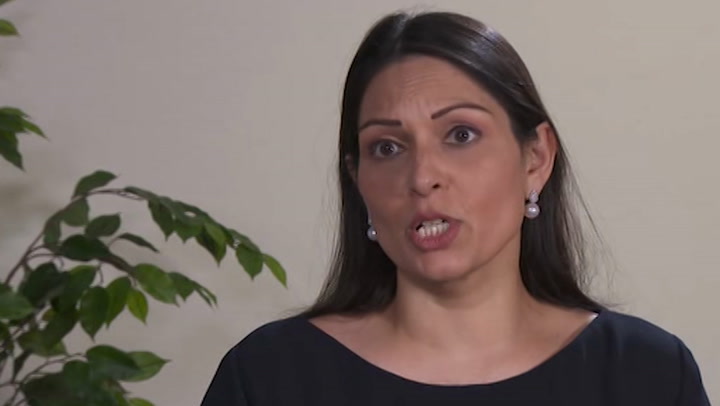 The draconian Police Bill is about state control, not law and order.

Patel falls squarely into the unreasonable category, an authoritarian politician on the Right desperate to divert public eyes from her Channel crossing failures.

Equally Johnson poses deceitfully as a liberal yet the unprincipled liar does and says anything for personal advantage, as we witness last week at Prime Minister’s Questions where, winded by Keir Starmer exposing Government fibs about building 40 new hospitals, the PM falsely claimed Labour backed uncontrolled immigration.

Which is why it’s terrifying the current Premier and Home Secretary seek authority to stop whoever they wish from protesting for whatever reason they dislike.

Demonstrators locking themselves together or to lamp posts would ludicrously be made imprisonable offences along with noisy gatherings, police entitled to ask for quieter chants.

One incensed senior Labour figure, a former Cabinet Minister, likened it to a return to the bad old days when the Chartists and Suffragettes could be rounded up and locked away on flimsy pretences.

But this enormous power grab would shackle people in every community across the land, demanding obedience to Government diktats and huge commercial interests.

It is a quirk of Britain an unelected House of Lords is the frontline to defend democratic rights, a Labour peer telling me they’re waiting for Starmer and newly-installed Shadow Home Secretary Yvette Cooper to let them know how far they can go building alliances on the burgundy benches to save freedom.

To Kill the Bill is to stand up for democracy.