The Duke of Edinburgh’s will is to remain secret to protect the “dignity” of the Queen because of her constitutional role, the high court has ruled. Philip – the nation’s longest-serving consort – died aged 99 on 9 April, just two months before he would have turned 100.

After the death of a senior member of the royal family, it has been convention for over a century that an application to seal their will is made to the president of the family division of the high court. This means the wills of senior members of the royal family are not open to public inspection in the way a will would ordinarily be.

The current president, Sir Andrew McFarlane, heard legal argument from lawyers representing Philip’s estate and the attorney general – who represents the public interest in such matters – at a private hearing in July.

In a ruling published on Thursday, McFarlane ordered that Philip’s will remain sealed for 90 years from the grant of probate – the formal process that confirms the authority of an executor to administer a deceased person’s estate – and may be opened only in private even after that date.

The judge said: “I have held that, because of the constitutional position of the sovereign, it is appropriate to have a special practice in relation to royal wills.

“There is a need to enhance the protection afforded to truly private aspects of the lives of this limited group of individuals in order to maintain the dignity of the sovereign and close members of her family.”

He said the ruling was to make as much detail as possible public without “compromising the conventional privacy afforded to communications from the sovereign”.

The judge said it was in the public interest for him to make clear he had neither seen nor been told anything of the contents of Philip’s will, other than the date of its execution and the identity of the appointed executor.

McFarlane said he had decided to hold the earlier hearing in private because a series of announcements, hearings and then a judgment would have been likely to “generate very significant publicity and conjecture”.

McFarlane said that, as the attorney general was there to represent the public interest at the hearing, there was no legal reason for any further representations by media organisations.

Lawyers representing Philip’s estate had argued at the private hearing that news of that hearing and the application “might generate wholly unfounded conjecture” that would be “deeply intrusive” to the Queen and royal family.

Outlining the history of similar decisions, McFarlane said the first member of the royal family whose will was sealed on the direction of the court’s president was Prince Francis of Teck. He was the younger brother of Queen Mary and, following his death in 1910, an application for his will to be sealed and not published was granted.

McFarlane said that, 90 years after the grant of probate, an “initial and private process will be undertaken to consider whether at that stage the will may be unsealed and made public”.

He said the private process would involve inspection by the monarch’s private solicitor, the keeper of the royal archives, the attorney general, and by any of the deceased’s personal representatives who may be available.

The physical process of unsealing must be conducted by a professional archivist to ensure that the document and its seals are properly preserved.

McFarlane said any future judgments on applications to seal royal wills would remain closed, and therefore will not be made public. 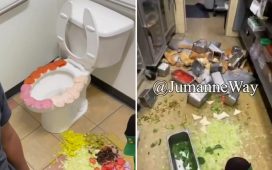 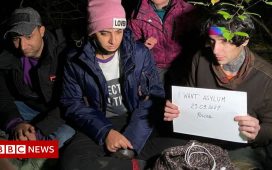