The First Minister of Wales has sent a flower wreath to the Duke of Edinburgh’s funeral to offer “sincere condolences” on behalf of the country.

The wreath, made out of white chrysanthemums and red roses, is accompanied by a short message written in English and Welsh by Mark Drakeford.

The message says: “On behalf of the government and people of Wales. Cydymdeimlad diffuant – Sincere condolences.”

Philip’s coffin moved ahead of ceremony

Throughout the week, the Duke of Edinburgh’s coffin has been resting in Windsor Castle’s private chapel.

At 11am, it was moved by a bearer party from the Queen’s Company, 1st Battalion Grenadier Guards to the royal residence’s inner hall.

Prince Philip was closely associated with the regiment, serving as colonel of the Grenadier Guards for 42 years.

His coffin was covered with a wreath, his sword, naval cap and his personal standard.

What to expect at the funeral

The Duke of Edinburgh was involved in organising all details of the ceremony. His coffin will even be carried by a Land Rover which he helped to design.

There won’t be any eulogies or speeches from the family, but this is usual for royal funerals. Cameras will be allowed into the funeral so the public can share in the ceremony.

You can read the timeline of events at the service here:

The Duke of Edinburgh’s funeral is set to reference his “unwaveringly loyalty” to the Queen over their 73-year marriage.

The service will also pay tribute to his “courage, fortitude and faith”.

On the eve of the funeral yesterday, a personal photograph of the Queen and Prince Philip was released, relaxing together during a holiday in the Scottish Highlands on the Balmoral estate.

On Friday, the archbishop of Canterbury said that while the Queen would behave “with extraordinary dignity and extraordinary courage”, saying goodbye to Philip would be an “anguished moment” for her.

The archbishop of Canterbury and the dean of Windsor will reference the impact he had on the UK as the Queen’s consort, but there will be no eulogies or family readings – these are uncommon at royal funerals.

In the Bidding, the dean of Windsor, will say: “We have been inspired by his unwavering loyalty to our Queen, by his service to the nation and the Commonwealth, by his courage, fortitude and faith.

“Our lives have been enriched through the challenges that he has set us, the encouragement that he has given us, his kindness, humour and humanity.”

You can read more on the service’s nods to the Queen and Prince Philip’s decades-long marriage here:

Hello and welcome to our live blog on the funeral of Prince Philip, Duke of Edinburgh, which will be taking place in Windsor today.

Due to coronavirus restrictions, there will be just 30 attendees at St George’s Chapel, situated on the grounds of Windsor Castle.

I’ll be bringing you updates on the build up to the ceremony, which begins at 3pm, and news as it progresses.

If you are marking the funeral in some way, are in Windsor, or simply spot something we should be reporting on in this blog, feel free to send me a message on Twitter. 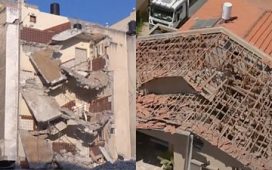 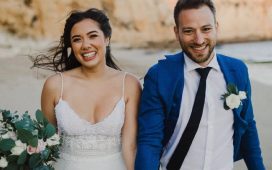 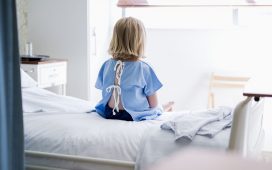 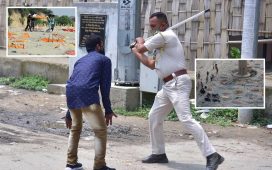