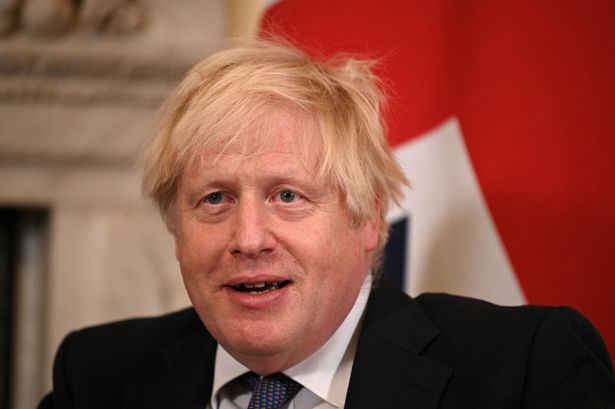 The Prime Minister has pledged to create a strategic transport network across the UK, following a major review.

Sir Peter Hendy was asked to undertake the Union Connectivity Review by the UK Government in a bid to improve transport and shore up the Union.

One of the key recommendations of the report is to create a UKNet, which would map out the strategic locations across the country and plot how best to link them together, while also providing extra funding for underperforming areas of the network.

The Prime Minister pledged to set up UKNet “right away”.

“If we want to truly level up the country then it’s vital that we improve connectivity between all corners of the UK, making it easier for more people to get to more places, more quickly,” he said.

“Sir Peter Hendy’s review is an inspiring vision for the future of transport which we will now consider carefully.

“Determined to get to work right away, we will set up a strategic UK-wide transport network that can better serve the whole country with stronger sea, rail and road links – not only bringing us closer together, but boosting jobs, prosperity and opportunity.”

The proposals for Scotland include upgrades to the West Coast Main Line, increasing capacity and cutting journey times between Scotland and London, the Midlands and North West England, which are key for both communities and businesses.

Another recommendation is for the UK and Scottish governments to work together on developing an assessment of the East Coast road and rail transport corridor from North East England to South East Scotland, including improvements on the East Coast Main Line and the A1.

It also includes offering the Scottish Government new funding to support the upgrade of the A75 making journeys between Northern Ireland and Great Britain quicker and easier.

The review also encourages the Scottish Government to improve the A77 to support journeys between Belfast, Glasgow and Aberdeen.

“I welcome the enthusiasm shown by the Prime Minister and the government to my final report and I look forward to their formal response to my recommendations, which aim to spread opportunity and prosperity right across the United Kingdom.”

One of the things missing from the UK Government announcements is the proposed link between Scotland and Northern Ireland – although it is understood the idea will not go ahead.

In recent years, the Prime Minister, along with Scottish Secretary Alister Jack, have talked up a bridge or tunnel between Larne and Cairnryan to link the two islands – an idea which was heavily derided in Scotland and elsewhere and had a possible price tag of £33bn.

It was reported this week that the idea had been scrapped, and it is understood it was seen as too expensive and technically challenging.

It noted that due to the “very significant works” needed, such as the planning, design, legal processes and construction, a crossing would take “nearly 30 years” to complete.

“Whilst the economic and social effects would be transformational, the costs would be impossible to justify”, the review concluded.

Transport Secretary Grant Shapps said: “Transport is key to binding the family of nations that is the United Kingdom closer together, so that prosperity can be shared more evenly.

“It is not good enough that certain areas of the UK thrive while others fall behind.

“I am indebted to Sir Peter for his work – we will consider his recommendations carefully, engage closely with the devolved administrations, and work collegiately to ensure these proposals strengthen the ties that bind us, now and for the future.”

A Scottish Government spokesman said that “transport is devolved to Holyrood and the UK Government should respect that”.

“We will always seek to engage constructively with the UK Government – for example, on cross-border rail and our shared desire for HS2 to serve Scotland, but UK ministers have no role in deciding investment in Scotland’s trunk roads,” the spokesman said.

“Scottish ministers have not been sighted on the recommendations of the Union Connectivity report, however if UK ministers really want to play a helpful role, then they could simply deliver the funding we need for such infrastructure investment in line with established budgetary mechanisms for Scotland to determine our spending priorities.”