LOCKDOWN is about to end and Christmas is around the corner, leaving just three weeks for shopping for those all important gifts.

So some shops are extending their opening hours in the run up to the big day, giving shoppers more time to find the perfect present.

We’ve rounded up which shops you’ll have longer to shop at after lockdown ends on December 2 and before Christmas day.

After lockdown ends the country will move to a tier system which means restrictions may continue in some areas if the coronavirus threat is considered to high.

It’s not yet been revealed which tiers will apply where and it’s always worth checking opening times with your local store before heading out.

Primark has said it is looking at it’s opening times when lockdown is lifted on a store by store basis, and they will be extended where possible.

A Primark spokesperson told The Sun: “We are looking forward to re-opening our stores in England and welcoming customers back from December 2 to do their shopping before Christmas.

“Nothing matters more to us than the safety and wellbeing of our employees and customers, and we will continue to have extensive safety measures in place in our stores when we re-open, such as a strict social distancing protocol and limits on the number of customers allowed in store.

“We are currently reviewing our store opening times on a store by store basis.

“Where possible these will be extended to help us cater for the anticipated higher customer demand and reduce customer queues by spreading potential shopping hours over a longer period of time.”

The boss of Primark wants to open stores for 24 hours a day, according to reports, so that shoppers can social distance through the Christmas period.

The store has also called for a change to Sunday trading rules so it can open for longer over the weekends leading up to Christmas day.

Its a plan that’s delighted shoppers but would need a change to laws to happen.

Shops of more than 280 square metres can open for only six continual hours between 10am and 6pm.

Business groups and some MPs have called for the Sunday trading laws to be changed too to help support the high street which has been hit hard by the pandemic.

Aldi has said it’s opening for extended hours in the lead up to Christmas too.

The supermarket will shut at 6pm on December 24 (Christmas Eve) and will remain closed on Christmas Day and Boxing Day.

You can check the opening times of your local Aldi using its store finder tool online.

Aldi is giving its staff a 10% bonus this Christmas to thank them for working in the coronavirus crisis.

The gesture was praised by shoppers who said they were proud to shop there.

NOT all supermarkets have confirmed their Christmas opening times, but here’s what we know so far:

Wilko will have extended hours for Christmas again this year.

From December 14 it stores will generally be open from 8am until 7pm, though this can vary locally.

You can use Wilko’s store finder tool to check your local opening times.

“Every year at Christmas we extend our opening hours so customers can easily pick up the things they need and this year will be no different.

“Broadly, our stores will be open 8am-7pm from Monday December 14 to January 3 2021 excluding Bank Holidays.

There may be some local differences however so customers should check wilko.com to be sure.”

Marks and Spencer has said it will keep around 400 shops open until midnight in the lead up to the big day.

This will include nearly all of its food-only stores, along with some combined clothing and food shops.

The rest of the stores will still be open pretty late too though, until 10pm.

We’ve asked M&S to confirm what its Christmas Eve opening hours are – usually they close at 6pm on December 24, while on Christmas day itself they are closed.

Sacha Berendji, M&S’s Retail, operations and property director said: “We want our customers to be able to shop with confidence this Christmas, which means supporting social distancing in our stores and minimal queueing outside as the weather gets colder.

“To help with this, we’ll be operating our longest ever opening hours just before Christmas.”

READ  F1 could manage to race even with COVID-19 cases, says FIA

M&S has also joined calls for for trading laws to be changed so it can open stores for longer on a Sunday.

Mr Berendji said: “Along with the wider industry, we continue to ask for Sunday trading hours to be extended to help us increase our capacity to serve everyone safely this festive season.”

Black Friday deals ‘scam’ exposed by Which? as just 1 in 10 items are cheaper

Full list of businesses opening on December 2 when lockdown ends

Shops and gyms are among the businesses that will reopen on December 2 once the England lockdown ends.

There will then be three-tier lockdown system – here’s how it works.

These are the shops which ARE open in lockdown right now.

Shops, hairdressers and gyms are among the businesses that will reopen on December 2 once the England lockdown ends 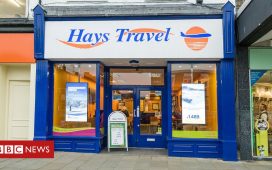 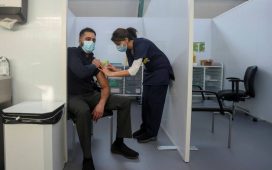 Councils set to be enlisted to boost Covid-19 vaccination rates